Toronto - Khaled Khatib, a 24-year-old Syrian filmmaker who participated in the Oscar-nominated documentary “The White Helmets,” was denied entry to the US to attend Sunday’s Academy Awards, according to Al Jazeera. 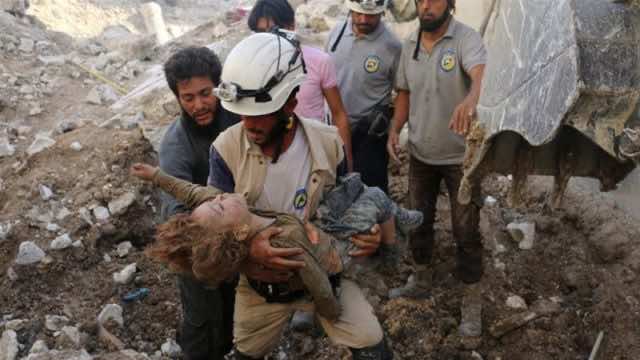 By
Constance Renton
-
Constance graduated from the Television and Radio Broadcasting Program at Canadore College in 1983.
Feb 25, 2017
Spread the love

Toronto – Khaled Khatib, a 24-year-old Syrian filmmaker who participated in the Oscar-nominated documentary “The White Helmets,” was denied entry to the US to attend Sunday’s Academy Awards, according to Al Jazeera.

Khatib was scheduled to depart for the US from and airport in Istanbul on Saturday. At the last minute, however, US officials alleged discovering “derogatory information” regarding Khatib and revoked his special visa.

Although refusing to elaborate on the vague use of the word “derogatory,” the US Department of Homeland Security would only say that Khatib needs a new passport waiver, according to the Associated Press (AP).

The incident occurred after his arrest last week by Turkish authorities in Istanbul. The reasons for his arrest have not been made public by Turkish police. The arrest, however, is being blamed for his entry to the US being revoked.

He and his White Helmets colleague, Raed al-Saleh, had both been granted visas which would enable them to attend the Academy Awards ceremony. On Friday, Saleh issued a statement on Twitter saying they planned to remain in Syria where they were needed and continue their important work.

“The White Helmets” is a 40-minute long Netflix film, documenting the harrowing existance of the White Helmet brigade, also known as the Syrian Civil Defense. Many of their members have been killed in so-called “double tap” attacks which target first-responders as they attempt to rescue survivors following major strikes. The group was also famously nominated for a Nobel Peace Prize in 2016.

Repeated attempts to locate Khatib and communicate with him have gone unanswered. His whereabouts continue to be unknown.