Toronto - Anonymous sources have been around almost as long as journalism itself. Why then has it recently become such an issue for the Trump administration? An article in the New York Times Sunday explains the importance of anonymous sources and the search for the truth. 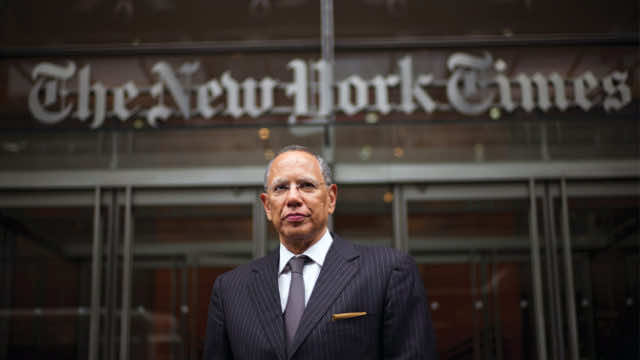 Toronto – Anonymous sources have been around almost as long as journalism itself. Why then has it recently become such an issue for the Trump administration? An article in the New York Times Sunday explains the importance of anonymous sources and the search for the truth.

New York Times editor, Dean Baquet, explained that the people who come forward to reporters about important issues occurring in their environment, especially government, don’t do so because they want to bring that government down. Instead, “These are people who are worried about the direction of the government.”

In keeping with his ongoing war against the mainstream media, dubbed the “fake news media,” US President Donald Trump has most recently set the use of anonymous sources in his politically expedient sights. During an appearance at the Conservative Political Action Convention on Friday, Trump denounced the media’s use of anonymous sources saying they “shouldn’t be allowed to use sources unless they use somebody’s name… Let their name be out there.”

The remarks left critics and analysts scratching their heads at the hypocrisy inherent in those remarks. Trump himself has been an avid user of anonymous sources throughout his career, “especially when it helped him and when it burnished his reputation,” said Baquet.

According to the same source, in 2012, deep into his Barack Obama “birther” red herring, Trump took to Twitter, tweeting that he had proof that Obama had been born outside of the US. His source? Trump cited it only as an “extremely credible source.” No name was ever provided.

Baquet readily acknowledges that journalists have a responsibility to be vigilant about the quality of their sources but matter-of-factly states that the use of anonymous is ingrained in the journalistic profession and will continue to be used for the foreseeable future. “As long as the stories are accurate, as long as the stories are true, which so far has been the case, and as long as we offer the right perspective, I think that’s fine.”

When asked how it is that he and his staff are so confident in resisting the current White House’s efforts to discredit the New York Times, Baquet explained, “I always know who the sources are for these stories. That’s why I’m so confident pushing back at the Trump administration when they criticize the stories.”