Washington DC - As the world has been closely following on classic and social media platforms, many expert analysts and civil society activists in the US have considered that the election of Donald Trump is very concerning as it has raised many questions that relate to the future of democracy and the role of the country as a global leader. 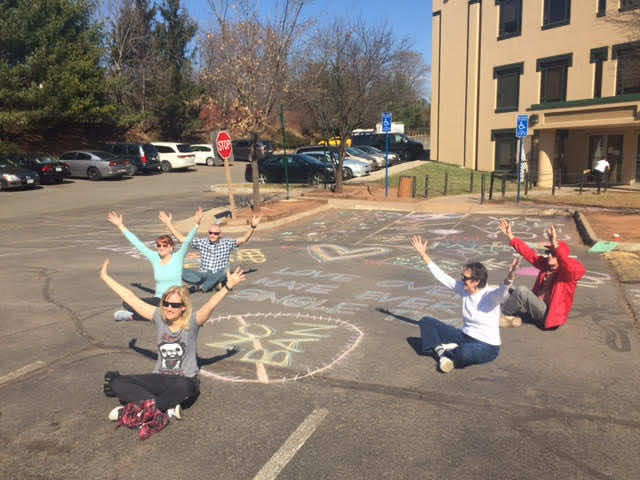 Washington DC – As the world has been closely following on classic and social media platforms, many expert analysts and civil society activists in the US have considered that the election of Donald Trump is very concerning as it has raised many questions that relate to the future of democracy and the role of the country as a global leader.

According to analysts and activists, these concerns are relevant because President Trump based his electoral campaign on populist and extreme right discourse of fear and marginalization fueling hatred and bigotry against immigrants and Muslims as a religious component of the American society. In addition to his demeaning positions vis-a-vis women, LGBTI, and people with disabilities. Analysts have also brought to attention that Mr. Trump does not tolerate opposing opinions and critics. He attacked media as a presidential candidate and continues to do so as a president, along with some members of his cabinet, making statements and writing tweets accusing media of spreading what they label “fake news.”

On February 24th, Press Secretary Mr. Sean Spicer blocked leading US media outlets, namely CNN, the New York Times, Politico, the Hill, the BBC, the Daily Mail, Buzzfeed, the Los Angeles Times, and New York Daily News from the White House press briefing. As a response to this incident, on its statement released the same day, the Committee to Protect Journalists indicated, “the unrelenting attacks on the news media damage American democracy.”

On the other hand, President Trump has also attacked the judiciary after it ruled against his Executive Order known as “Muslim Ban”, signed on January 21st, to prohibit refugees and people from seven majority Muslim countries entrance to the US (Syria, Iraq, Libya, Ethiopia, Yemen, and Sudan). As a reaction to this ruling on February 4th, President Trump tweeted: “The judge opens up our country to potential terrorists and others that do not have our best interests at heart.” Most importantly, many analysts agree that his positions have an authoritarian tendency as they attack major pillars of democracy i.e. the independence of the media and the judiciary. In this respect, analysts also note that President Trump expressed his admiration of some dictators like the Russian President Vladimir Putin during his electoral campaign.

As a very significant reaction, Americans did not wait too long and took the street the same day as the Presidential Inauguration Ceremony took place to express the above mentioned concerns and the challenges that the new president represent, especially at the political and social levels. While President Trump is claiming that his administration’s policies and actions will secure Americans against external threats, especially from what he called “Islamic radicals,” and preserve America’s interests first and last, analysts explain that the street reaction is an expression of a mounting fear that this presidency may represent a setback for the democratic fundamentals and institutions that have been a source of pride to Americans and a model that has inspired many countries around the world.

In addition, hashtags like #NotMyPresident, #Resist, #WewillRise, #NoBan, #NoWall, #NoMuslimBan, #LoveNotHate, #WeAreHereToStay, #LetThemFly, #RefugeesWelcome are other forms of expression and protest that have flooded social media platforms with millions of impressions and likes calling for vigilance and civic engagement to protect America’s universal values of freedom, liberty, diversity, and pluralism. Statements issued by businesses, academia, prestigious universities boards, students’ unions, and scientists are also another testimony of these mounting concerns.

The Women’s March on January 21st, coming one day after the Inauguration Ceremony, is considered to be another significant example of these concerns as a large number of Americans from different affiliations marched in Washington, DC and many other states across the country to send a message to President Trump–as conveyed on banners and by slogans– that his undemocratic as well as populist practices and policies are not going to be tolerated and that the US is a country of democratic institutions, pluralism, diversity, freedom and no concessions will be accepted in this regard. Many other protests, advocacy actions, and legal suits have taken place as President Trump started to form his cabinet and signed some executive orders, claiming to fulfill his electoral promises, especially the order known as the “Muslim Ban.”

Analysts also particularly highlight growing concerns among Americans with Muslim and Middle Eastern origins due to President’s Trump statements and acts. While Mr. Trump as a president is supposed to protect the rights and interests of all Americans, analysts have noted that his discourse have energized and encouraged the rise of extremist and discriminatory voices inciting hatred against immigrants and Muslims and most importantly against American values.

In this respect, organizations like the American Civil Liberties Union (ACLU) and the American-Arab Anti-Discrimination Committee (ADC)  and many others have documented many cases of Islamophobia as well as anti-Semitism, including the attack against a mosque in Texas that took place few hours after signing the “Muslim Ban” Presidential Executive Order in addition to other attacks and threats against individuals who are Muslims or with the assumption that they are so or from a Middle Eastern origin as was the case on February 22nd in a Bar Restaurant in Olathe, Kansas where an individual shot three Indians of non-Muslim faith while screaming “Get out of my country.” Another disturbing incident was the desecration of a Jewish cemetery in St. Louis where 150 headstones were damaged over the President’s Day weekend.

Analysts have also shed light on the spontaneous characteristic of the ongoing protests and acts of solidarity, especially with Muslim Americans and immigrants accompanied with pro-bono and voluntary initiatives as President Trumps’ actions and policies are considered as “Un-American” and inconsistent with the Constitution. For example, many Americans went to Mosques on Friday February 3rd sending out messages of love and solidarity and some of them formed human shields around mosques during the Friday sermon.

On Friday 19th, Adams Mosque Center in the state of Virginia also received a surprise visit from a number of civil society activists who painted the parking lot with signs of love and solidarity. Dulles Justice, a non-partisan coalition that emerged as a response to the “Muslim Ban” Order, has mobilized hundreds of volunteering attorneys and activists and has organized legal assistance units and Welcome Them Home vigils in the airports of Washington, DC, New York, Chicago, and others to facilitate immigrants and visitors’ entrance to the US as the Washington State judge placed a halt on the “Muslim Ban” Executive Order.

The level of solidarity expressed by American Jews with American Muslims and the emergence of joint initiatives between leaders of the same faith, such as the Muslim-Jewish Advisory Council, to engage in education and advocacy efforts to call on the Congress and local elected officials to address domestic common policy issues and respond adequately to the increase in hate crimes across the U.S. against Muslims and Jews.

In this respect, analysts also underscore that these acts of solidarity and the vigilance on the part of civil society combined with the high level of trust that Americans have in their institutions to encounter any of Presidents’ Trump unconstitutional decisions and public policies have helped to great extent in alleviating concerns and grievances among Muslim Americans and immigrants in general. One positive indicator was the Court Ruling by Judge James Robart from Seattle, Washington as he placed a restraining order on the “Muslim Ban” in addition to the rejection issued by the ninth US Circuit Court of Appeals in San Francisco on February 4th to consider President Trump’s appeal as urgent.

Another meaningful institutional action was the ruling of the same court on February 9th to keep the halt on the ban order after the Justice Department filed an appeal on February 5th seeking to overturn the original ruling. These rulings were described as a victory of the American Constitution and rule of law as well as good indicators of the ability of the mechanisms of checks and balances to protect the democratic system in the country.

What America is currently experiencing is a test of its democratic system and the independence of its institutions. Thus, Americans in general and the ones of Muslim origin in particular are more determined and appealed to peacefully engage to educate the general public, to monitor the administration’s public policies and decisions, and to pressure elected officials and relevant institutions to protect and preserve America’s democratic system fundamentals and credibility