Washington - The integration of Morocco into the Economic Community of West African States (ECOWAS) is a "natural" step aimed at promoting fruitful relations between the kingdom and this African regional grouping, said vice-president of U.S. think tank "Atlantic Council", Peter Pham. 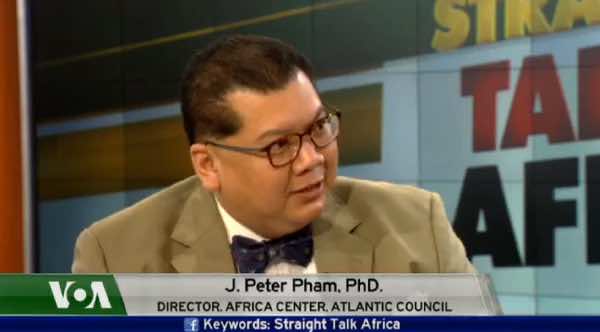 Washington – The integration of Morocco into the Economic Community of West African States (ECOWAS) is a “natural” step aimed at promoting fruitful relations between the kingdom and this African regional grouping, said vice-president of U.S. think tank “Atlantic Council”, Peter Pham.

In many ways, this integration will promote the already existing fruitful relations that have been consolidated in recent years under the leadership of HM King Mohammed VI, who paid more than twenty visits to most of the countries of this African regional grouping, Pham told MAP-Washington on Monday.

The U.S. expert on African geo-strategic issues added that Morocco is “the first investor of this geographic area”, recalling that the Sovereign has recently visited Nigeria, the largest country in ECOWAS, where an agreement was signed on a gas pipeline project that will mainly benefit the countries of this grouping.

Morocco stands out as a “solid partner of ECOWAS in a virtuous momentum for the development and political stability in the region,” he said.

Within the context of the royal tour in Africa, mainly in some countries in West Africa, and upon the instructions of HM King Mohammed VI, the Kingdom of Morocco has recently informed Her Excellency Ellen JOHNSON SIRLEAF, president of Liberia and chairperson of the Economic Community of West African States (ECOWAS), of its will to adhere to this regional bloc as a fully-fledged member.

This request is in conformity with the provisions of ECOWAS founding treaty and meets fully its adherence criteria.

This decision by Morocco comes to crown the strong ties, at the political, human, historical, religious and economic levels, with ECOWAS member states.

This will to adhere to ECOWAS is part of the royal vision for regional integration as a keystone for Africa’s economic takeoff and it is in line with the sovereign’s African policy, crowned with Morocco’s return to the AU.