Toronto - Nearly one week after the Kansas shooting that left one man dead and two others injured, the White house has finally issued a statement condemning the incident as a racially motivated hate crime.

Toronto – Nearly one week after the Kansas shooting that left one man dead and two others injured, the White house has finally issued a statement condemning the incident as a racially motivated hate crime.

According to CNN, the White House has finally issued an official statement regarding the shooting death of 32-year-old Srinivas Kuchibhotlia at an Olathe, Kansas bar last week.

After delivering the official statement, Sanders hinted at the possibility that Trump might include remarks about the incident in his Tuesday night speech to Congress. “The President is keeping the family of the victim who was killed in his thoughts and prayers and praying for the full and speedy recovery of those who were wounded.”

Critics, not to mention thousands of foreign nationals and their families, have been eagerly waiting for some word, any word from the Trump administration acknowledging the crime as racially motivated.

Just before 51-year-old Adam Purinton began to fire his weapon he was heard by witnesses to yell “Get out of my country!” Hiding out in an out-of-state Appleby’s restaurant hours later, he allegedly told the bartender that he had just shot two “Iranian” people. They were, in fact, two Indian nationals working in the technology industry. 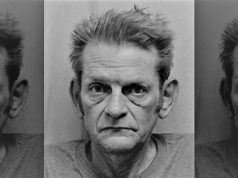 ‘Get Out of My Country’: 1 Killed, 2 Injured in Kansas Shooting