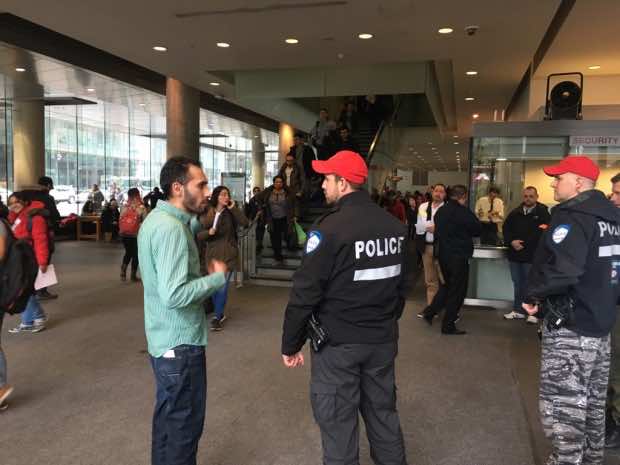 By
Constance Renton
-
Constance graduated from the Television and Radio Broadcasting Program at Canadore College in 1983.
Mar 1, 2017
Spread the love

According to the CBC, three Concordia buildings were evacuated in downtown Montreal after a letter issuing the threat was email to several media outlets, including the CBC.

The group claiming responsibility for the threat calls itself the Council of Conservative Citizens of Canada, or C4. So far, no explosive devices or suspicious packages have been located after extensive police searches.

University spokesperson, Chris Mota, informed reporters that Concordia’s Muslim Students Association has been contacted to ensure that all the university’s Muslim students are safe and secure. The situation remains, however, a matter for police. “It is a police operation,” Mota said. “We do follow their lead, and we follow their timeline.”

For Concordia, says Mota, the threat didn’t just target one segment of the student population. It is being regarded as a threat to the entire student body. “From the perspective of the university, a threat against any group is a threat against all of us, and we are going to come together and make sure everyone comes out of this fine.”

Meanwhile, over at nearby McGill University, campus radio station, CKUT, also received a notice from C4. “Since we will [spread] our fight to McGill too, we at C4 decided to give you a heads-up of the emergency situation at Concordia University.” The letter was signed by someone calling him/herself the “C4 coordinator.” McGill administration has been notified of the letter and its contents.