Rabat - Mohammed VI is a monarch that does not fit into the traditional mould of world monarchs. He does not spend his time in his palace meeting politicians and high society people. He is not that type at all; he is an outdoorsy person at the difference of his late father, who was very home-bound. He is a very mobile person: driving his personal car in the cities of the kingdom with light security in the following, stopping at street lights, saluting the people and giving them the chance to have a photo taken with him. 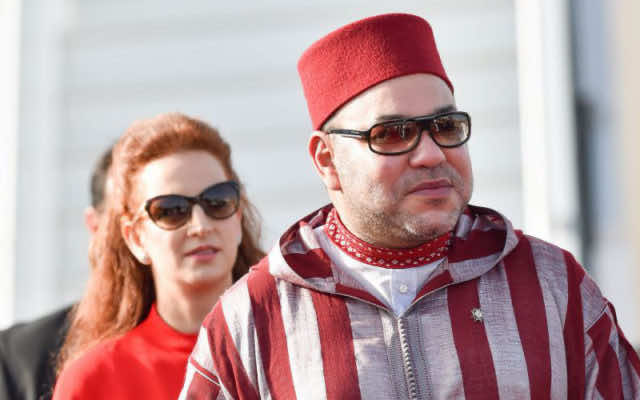 Rabat – Mohammed VI is a monarch that does not fit into the traditional mould of world monarchs. He does not spend his time in his palace meeting politicians and high society people. He is not that type at all; he is an outdoorsy person at the difference of his late father, who was very home-bound. He is a very mobile person: driving his personal car in the cities of the kingdom with light security in the following, stopping at street lights, saluting the people and giving them the chance to have a photo taken with him.

Early in his rule, the famous American news magazine Time did a cover story on his person, referring to him in an endearing term, which is not the tradition of American press, as the “King of Cool.” Indeed, the magazine introduced him in its interview of 2000 in the following terms: “Hip. Charming. Mod. Mohammed VI is the Beatles of Arabian royalty.”

While customarily, Mohammed VI, unlike his father, does not offer interviews to the media, he, nevertheless, opened his heart to Scott Macleod, Time Cairo bureau chief on June 20, 2000. The latter speaks of Mohammed VI as follows:

“The King, Moroccans say, wears his heart on his sleeve. That may be what most distinguishes him from older Arab potentates hardened by careers spent battling colonialists and Israelis. Since his Crown Prince years, he has headed a foundation for helping the handicapped. These days his popularity soars with every visit to another city or town, where he alarms his bodyguards by working the excited throngs. While some Moroccans worry at his disregard for security, that openness has been an essential part of his more modern, approachable rule. “I feel the need to meet the people and see how they live,” the King explains. “When I wave at people, I try not to greet the crowd but to greet people individually, to make eye contact.””

King Mohammed VI is a spontaneous person, though he expresses himself less in words, yet he is very extrovert in deeds and actions. Unlike most Arab heads of states that move around in huge motorcades and large retinues, surrounded by bodyguards and heavily armed officials and military personnel, along routes secured in advances by security forces, he is very mobile in a very simple way. When he is visiting kingdom towns and cities, he drives around in his own car and talks to people freely. When abroad, he makes it a rule to meet with expatriate Moroccans, share with them mint tea and cookies and take photos with them, with no restraint. In fact, when visiting Holland in recent times, Moroccans living in this country flocked to his hotel in large crowds waiting for his appearance to talk to him and take personal photos and he made it a duty to duly satisfy their demands. Nevertheless, these encounters were a nightmare scenario for Dutch security forces, not used to this spontaneity from foreign official visitors.

Unlike most world leaders, his sense of the dress code is unique to the extent that one wants to compare him to some well known world fashion gurus. His style is multiple and incredibly inventive showing a great sense of artistic creativity and profound love of Moroccan tradition and culture. 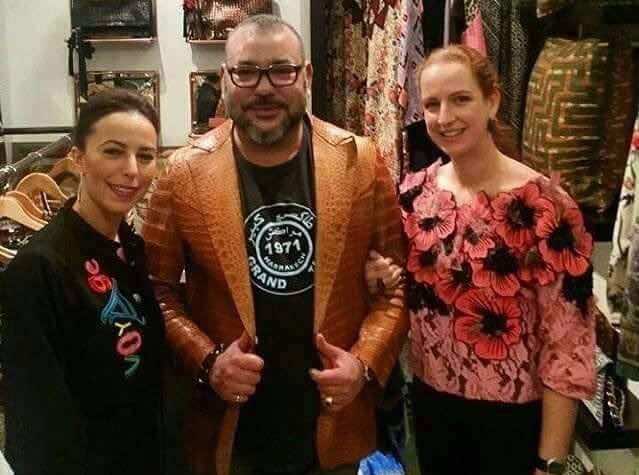 He often shows off his cool fashion sense in his traditional djellabas which he duly revived among his countrymen. Unlike usual djellabas, his official djellabas are colorful and full of life and optimism. Inspired by this royal hype, Moroccan artists revisited women djellabas in design and colors and gave them international artistic value. Encouraged by the king’s traditional fashion, young Moroccans took to national dress with enthusiasm and pride. So, djellabas and traditional shirts, turbans and baggy trousers are back in fashion, more popular than ever among all Moroccans and especially the youth and even among foreigners.

His strong attachment to Moroccan culture is undoubtedly boundless; it goes beyond dress to architecture and other cultural artifacts. He has ordered the refurbishment of medinas, medrasas, mosques, synagogues, Jewish cemeteries and mellah quarters countrywide and this nimble move is undoubtedly making Moroccans very proud of their culture and their identity.

Consequently, Moroccan music is gone international; the Gnawa, celebrated in a festival in Essaouira every spring, are, now, travelling to European cities to expose their highly-valued trance music to world music lovers. Also, Moroccan gourmet food and traditional wear have become very trendy in Gulf States. Men and women there want to eat and dress Moroccan and this is becoming a local trend.

During his first meeting with King Mohammed VI at his residence in 2000, prior to the famed Time interview, Scott Macleod described the monarch in the following terms:

“The front door of the palace opens, and out comes King Mohammed VI with a feline bounce in his step. After quick introductions and a handshake, he smiles and gets to the point. “Shall we go?” he asks in slightly accented English. The interview, it seems, will have to wait. He’s wearing a metallic gray muscle shirt, navy running shorts, white socks and a pair of emerald Nikes. The thin crescent of a new moon is hanging over the medieval city of Marrakech. Morocco’s 36-year-old monarch is ready to jog. »

In his international travels, the king shows his penchant for local fashions. Indeed, he has been seen recently in African capitals sporting clothes made by well known African fashion designers who have made a name for themselves internationally and have created such dresses as the famous shirts of Nelson Mandela and, also, visiting with them in their work sites.

Besides dress, Mohammed VI, known in international press as “the King of Fashion,” is, also, seeing sporting very trendy and fashionable haircuts and stylized beards whether in Morocco or abroad. The English version of the women magazine Femmes du Maroc –FDM- highlighted the king’s change of haircut recently in 2016, in the following words:

“On Wednesday, December 14, when he was present in Casablanca for the launching of the works on the promenade of the Hassan II mosque, the king showed up with a taper fade haircut. Adding a personalized style while combining a skin bald fade with a low top. A hairstyle that is undoubtedly popular this season as it’s one of the most iconic and trendy styles for men, offering a masculine, yet clean look that’s perfect for casual or professional situations.”

Love of fashion, love of life

King Mohammed VI is, undoubtedly, different from many head of states by his philosophy, actions and way of life. He speaks publicly very seldom. As a matter of fact, unlike his late father King  Hassan II; he gave very few interviews to the press. He believes in deeds and this strong belief has taken him around Africa making available Moroccan capital, technological know-how and expertise to African countries in a bid for mutual development and creation of wealth and jobs for everyone.

King Mohammed VI loves life and the “other” in his difference and “otherness” and he expresses that beautiful philosophy in his singular dress code full of color, motifs, creativity and hope for the best for all humanity.