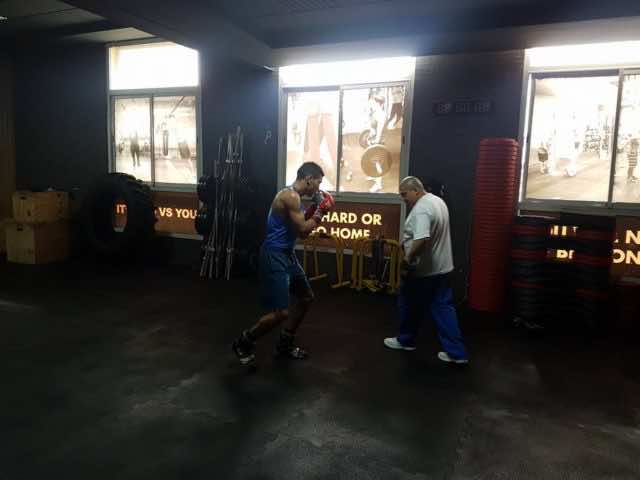 Rabbi took to his Facebook page on Monday and posted a video while he was training, captioning it with a personal plea for support for his professional debut match:

“Last training session before the big day of my first professional fight in the Czech Republic on March 11. I really need your support […] in this very special time, to raise up once again our dear national flag.”

The original match against the Tanzanian Mishak Moankinkao, which was scheduled to take place in February, was cancelled at the last minute, reportedly due to organizational problems.

The fight, which will signal a new chapter in Rabii’s career, will be broadcast in its entirety on the German channel “MDR TV” and on the Czech channel “Nova TV”.

In 2015, Rabii won the tournament title against Kazakhstan’s, Daniyar Yeleussinov, in the AIBA World Championship in Doha. He was labeled by international media as one of the biggest worldwide boxing success stories of 2015.

Rabii also participated in Rio 2016, where he qualified for the semi-finals and won a bronze medal. He also ranked number one in the Welterweight division in Season V of the World Series of Boxing, after seven consecutive victories.