Rabat – A Western Sahara-born Spanish national will be forced into marriage by her biological parents on Saturday, according to her adopted father.

Maloma Morales de Matos was adopted by the Morales de Matos family of Sevilla before being kidnapped in Argelia in December 2015 by her biological family with the objective to “submit her definitely and forever,” to her tribe, according to a statement by Morales’s father on the petitioning website Change.org

The wedding will be held in the wilaya of Smara.

“If nothing or anyone intervenes a forced marriage for convenience will be celebrated with my daughter this Saturday,” said Morales.

Maloma’s biological parents had previously agreed that she would return to Spain by December 2016. Before her return, they said she had to “recuperate her reputation to save the honor of the family and their tribe,” which according to Morales is proof that this marriage is a way to keep Maloma in Morocco once and for all.

In an effort to be heard by Spanish government authorities, Morales’ father wrote,

“This is about a Spanish citizen of legal age, who is being retained against her will and has had her rights stripped from her for the last 14 months.”

“They have found a man who is willing to collaborate in destroying her past. [and] in erasing any tracks of her life in Spain, and, of course, to serve as a model for her present and her future to his convenience.

Morales’ father believes that this forced matrimony coincides with the presence of the Spaniard Solidarity movement in the camps, as well as Saharawi associations  and the various delegates of the Polisario front throughout Spain, like Abidin Bucharaya’s delegate in Andalucia.

He emphasized that the Spanish Government “cannot consent to this.” He urges people to not accept this solution, and to believe that Maloma is not getting married by her own will, even though those participating in the crime inundate social media with wedding photographs.

“Maloma is not free and she is not getting married, they are marrying her, which is very different,” he said.

Morales speaks to everyone’s conscience, asking anyone who will listen to understand the suffering he and his family are encountering.

The Spanish Government, “Cannot consent to do this with a full-fledged Spanish citizen and must prevent it from happening,” Morales said.

They “should do everything to put an end to the Martyrdom to which her kidnappers submitted her,” he said, urging them to act “forcefully” to accomplish their obligation to protect Maloma’s rights.

He states that pressure should now be placed on the Polisario Front authorities, who according to Morales’ father are accomplices to his daughter’s “living death”, so that his daughter can be released once and for all.

“So much impunity cannot be tolerated,” he said.

Through Change.org, Morales urges the government and the Spanish community to help “prevent this forced marriage and achieve the unconditional freedom of Maloma.” Investigative Documentary: ‘From Tindouf to Laayoune – Road to Dignity’ 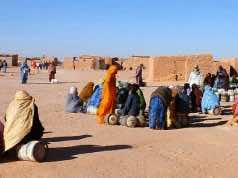 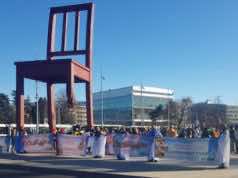 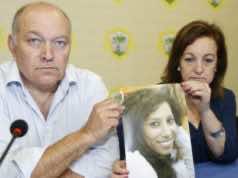