Rabat - Leila Rhiwi, the representative of the UN Maghreb Women’s office, called for a return to and a reinforcement of the day's original principles.

Rabat – Leila Rhiwi, the representative of the UN Maghreb Women’s office, called for a return to and a reinforcement of the day’s original principles.

During a meeting at UN headquarters on the eve of International Women’s day in Rabat, Rhiwi said, “It is necessary to rectify the message passed on this occasion, before future generations forget the purpose of this day.”

March 8 is becoming similar to Valentine’s Day, a celebration whose history is rarely mentioned, she added.

Rhiwi explained that the purpose of International Women’s Day is “not a question of promoting women but rather a question of defending women’s rights.” While progress has been made to ensure equality between men and women since the 1995 Beijing World Conference on Women, “there is now a regression,” said Philippe Poinsot, UN Coordinator and Resident Representative of the United Nations Program for Development in Morocco. “Unfortunately, power is still very concentrated in the hands of men.”

“The regression in women’s rights is mainly due to a problem of transforming mentalities,” added Rhiwi. “We must fight patriarchal ideologies and stereotyped gender roles. This must be a public responsibility.”

This year, the UN highlighted the lack of equality between the sexes in the economic sector. Globally, 76.1 percent of working age men are employed, compared with 49.6 percent of women, who are, according to the UN, always paid less than men. The UN added that women’s wages amount to only 77% of men’s wages for work of equal value.

“If women played the same role as men on the labor market, $28 trillion, an increase of 26 percent, could be added to annual global GDP by 2025,” said the UN in a statement.

Around the world, women are more likely to be unemployed than men. This is particularly true in the MENA region, where the unemployment rate for young women is 44 percent, almost double that of young men. 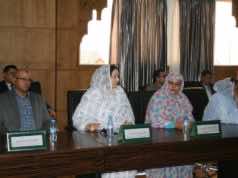 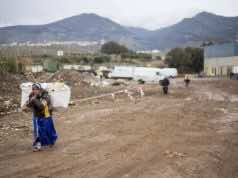 International Women’s Day – Why Should Boys Have all The Fun?