Rabat - The Central Bureau of Judicial Investigation (BCIJ) has arrested two individuals suspected of belonging to Islamic State (ISIS) in Casablanca, the Ministry of Interior said in a communiqué on Thursday. 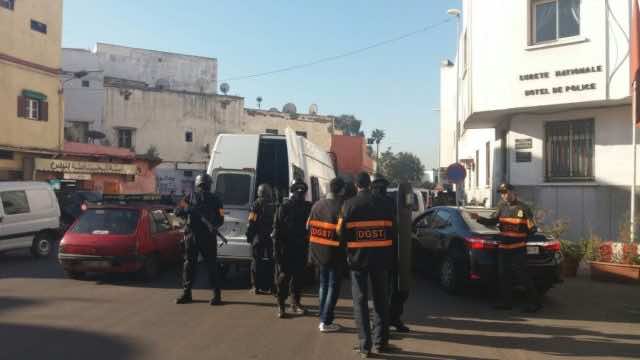 Rabat – The Central Bureau of Judicial Investigation (BCIJ) has arrested two individuals suspected of belonging to Islamic State (ISIS) in Casablanca, the Ministry of Interior said in a communiqué on Thursday.

Following the arrest, authorities confiscated copper wires, electric thermometer, batteries,a bottle containing a suspicious liquid and a bag containing powder, in addition to other equipment, according to the Ministry.

The suspects will appear in court after the public prosecutor finishes their investigation, the Ministry said.