Rabat - After being accused of sexual interference, Lebanese trumpeter Brahim Maalouf reacted on Facebook to what he called "defamation" and a deliberate campaign to mislead public opinion on the part of the media. 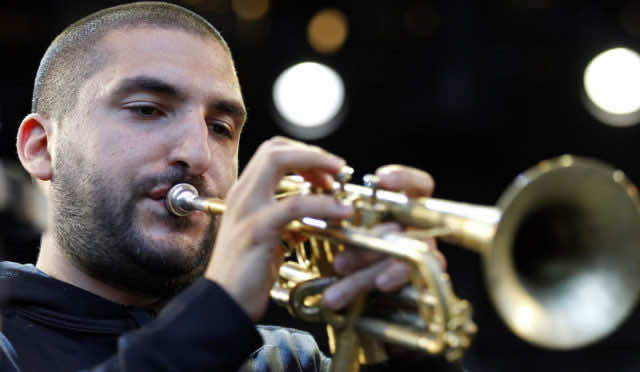 Rabat – After being accused of sexual interference, Lebanese trumpeter Brahim Maalouf reacted on Facebook to what he called “defamation” and a deliberate campaign to mislead public opinion on the part of the media.

On March 3, several media outlets reported that Maalouf was the subject of an investigation opened by the French police into having allegedly kissed a 14 year-old-girl while she was his intern. He then allegedly asked her to send him a naked picture of herself.

“I want to restore the truth concerning a number of false accusations that have seriously damaged my honor, dignity, reputation, and my credibility that I have spent 20 years building,” Brahim Maalouf wrote on March 8.

He also indicated that “it is shameful to suggest that there was any sexual aggression on my part, let alone to say that I has approved of it”, adding that “without any fact-checking, some media deliberately reported information, knowing that some of it was inaccurate, incomplete and completely wrong.”

Clearly the allegations and subsequent social media storm have taken a heavy toll on Maalouf. “What is done is disastrous. No need to describe the direct consequences on my daily life which has become hell.” Still he is remaining defiant, “I am profoundly indignant to have the press giving its own verdict, ignoring by doing that, the presumption of innocence. To me, that is an abuse of power.”

Refusing to comment on or elaborate on the details of the accusations, he instead spoke of his intention to fight back against them. “So far, I don’t wish to go further into the details of the truth which is far from what is told by the media, but I am here to tell you that I have asked my lawyers to file a lawsuit for defamation against the people responsible of the spread of the accusations”.

The musician concluded his comments by addressing the racist comments that have been leveled at him since the allegations were first published. “Concerning the hateful and racist speech, I refuse to pay attention to such things, and for those who have lost trust in me, I am not blaming you but at least, be just. Media has misled you and that is not your fault.”