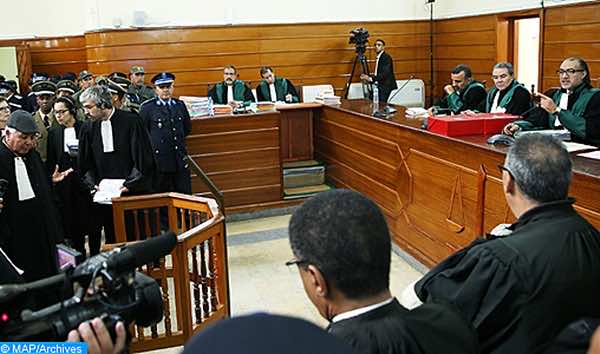 “The presiding judge conducted the trial in an impartial, calm and professional manner,” said Law Professor and research associates, Dr. Sven Simon and Joscha Mueller in a report of the legal proceedings.

The two lauded the presiding judge’s efforts to ensure a fair trial and keep discussions within a legal, not political sphere. “All parties had the possibility to respond to opposing arguments and to take more time if needed,” they said.

The observers also commended the independence of the judicial body, which was constitutionally reformed in 2011.

The next court date for the defendants is March 13, following the decision taken by the Criminal Chamber of the annex of Salé’s Courts of Appeals in January to postpone the verdict.

The court also decided to respond to a plea from the defense board offering the defendants a medical examination to ascertain their health status. Morocco’s public treasury will pay for the examinations.

The tragedy of Gdim Izik camp occured over the months of October and November 2010, when a group of Sahraoui people set up tents on the outskirts of Laayoune, as a way of protesting against unemployment and the lack opportunities in the city.

Eleven members of Morocco’s security forces were killed and their bodies were desecrated while on duty to dismantle the camp. A total of 70 people were injured and public properties suffered extensive damages.