Rabat - The German Band, Alright Ghandi, will perform a free a concert on Saturday, March 11 in Fes. 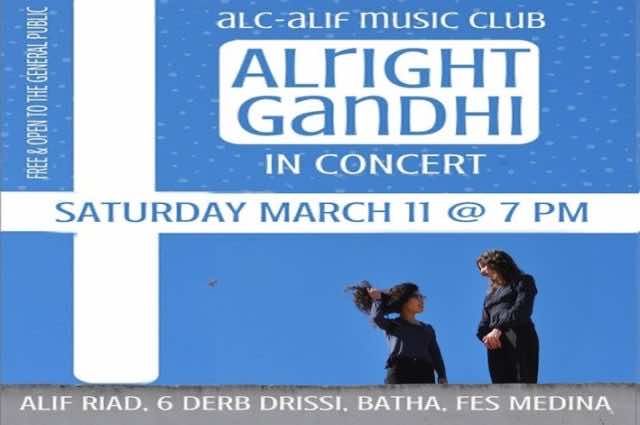 Rabat – The German Band, Alright Ghandi, will perform a free a concert on Saturday, March 11 in Fes.

The band’s members represent an interesting fusion of cultures. Sarah Ariche is a Moroccan singer, guitarist, drummer who also teaches music. Rosa Mercedes, is an English-Dutch-German singer and songwriter, as well as talented bass player. Victor Herrero is a noted Spanish guitarist and music producer, Karl-Erik Enkelmann, is a German-Norwegian bass-player, with a background in jazz and improvisational music.

The founders of the band met each other amid Berlin’s underground jam sessions and psychedelic jazz nights. Alright Ghandi describes itself as a “carefree environment: if it smells good, tastes good sounds good, say yes!”

The band’s music is full of acoustic, natural sounds and soothing, calm voices.