Rabat - A fair trial does not mean affording impunity to “murderers,” but rather guaranteeing them the right to defend themselves, said lawyer Abdelkabir Tabih, a member of the defense team for the victims of the Gdim Izik events. 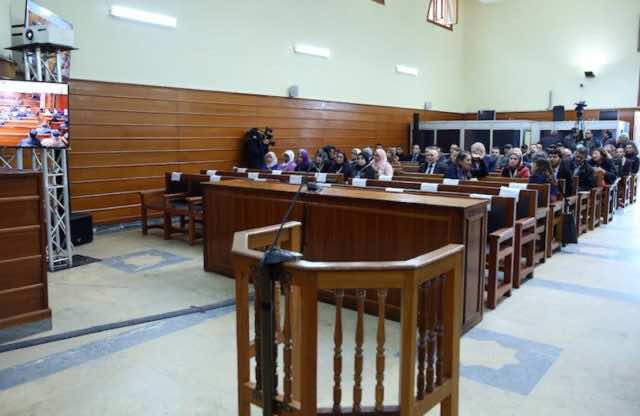 Rabat – A fair trial does not mean affording impunity to “murderers,” but rather guaranteeing them the right to defend themselves, said lawyer Abdelkabir Tabih, a member of the defense team for the victims of the Gdim Izik events.

In an interview with the weekly “Al witan Alane,” Tabih said that all the guarantees have been respected, whether at the level of the military court, as demonstrated by the human rights organizations, or after the referral of the case to a civil court.

The translation services provided for French lawyers and [other] observers is an unprecedented development, he said, as well as the simultaneous video broadcast of the hearing in another courtroom and the presence of international representatives of civil society in the field of human rights.

He also noted that civil society and human rights activists and the media in general “were able follow this case, explain it, and present the real situation to the public.”

“Justice for both the victims and the accused requires that there be due process,” said Elisabeth Myers, a lawyer and law professor at American University’s Washington College of Law in Washington DC, who is serving as an international observer for the trial.

“The court has despite numerous disruptions in the courtroom attempted to afford all the participants, including the civil parties and families of the victims, their rights — the defendants their rights to a full defense and fair trial based on the facts and the victims the right to be heard. I expect this balance to continue when the case is reprised on March 13, and I hope that the disruptions are avoided so that the court can move past the procedural aspects of the case and get to the merits and a final decision.”

The trial of the 24 defendants originally convicted in a military court of brutally killing law enforcement officers in the Gdim Izik camp, is set to re-commence Monday, March 13, 2017.