Rabat - Rabat’s Bab Rouah Gallery is hosting an exhibition entitled "100," a portrayal in Monochrome of Moroccan women actively working to forward the cause of women’s rights in Morocco. 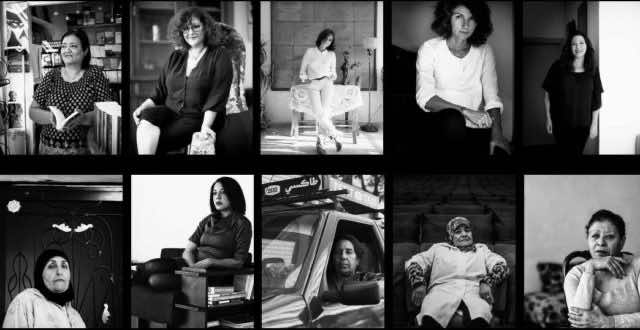 Rabat – Rabat’s Bab Rouah Gallery is hosting an exhibition entitled “100,” a portrayal in Monochrome of Moroccan women actively working to forward the cause of women’s rights in Morocco.

They are all different ages and from different social backgrounds. The exhibit runs from now until March 18.

“The main goal is to pay a tribute to Moroccan women who participate in the evolution of Morocco”,” wrote Nadia Larguet in an editorial on the official website for the event.

“This year it was through photography that I wanted to pay tribute to women, bringing them together around this event. If I could have paid tribute to more than 100 women,” she added.

Aided by support from the ministry of Culture, the 10-day event kicked off onWomen’s International Day.

Each portrait is captioned by a one hundred-word biography of the woman honoured. The photographs and their descriptions will be compiled later in an art book, which will be presented at the Paris Book Fair from March 24 to 27.

Paying tribute to Moroccan women is not the only goal of this project, according to Larguet, who said, “In one year there are more than 38,000 reported cases of violence against women: psychological, physical and sexual violence.”

For her, some women will have the courage to react and say no; others will not. “What about the marriage of minors, polygamy, and the question of unequal inheritance rights between men and women?” she wondered.

Larguet went on to recall the names of Moroccan women, who were victims of rape, “It is impossible to forget Amina Filali and Khadija Souidi, who lived through hell and preferred to put an end to their lives, or the young El Hasnae who had a tragic destiny, as well as all those girls and women for whom the word “despair” is a reality.”

The event, therefore, is also an opportunity to highlight the progress of Morocco in this complex issue. “Since 2000, Morocco has embarked on a process of democratic transition that has enabled major reforms to be implemented at different levels: political, legislative and institutional,” Larguet said.

To help her make this work a reality, Larguet called on two male photographers, Khalil Nemmaoui and Luca Coassin, and two female photographers, Deborah Benzaquen and Zoulikha Bouabdellah, to capture portraits of the 100 active Moroccan women being celebrated.