Rabat - King Mohammed VI has called on lovers of peace, life and tolerance to rise up against the dissemination of fanaticism and obscurantism. 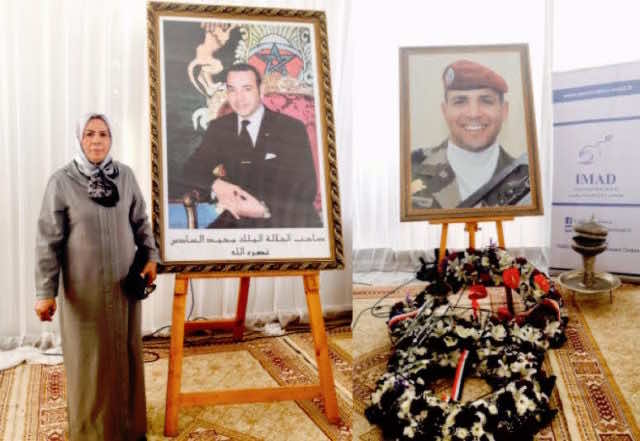 Rabat – King Mohammed VI has called on lovers of peace, life and tolerance to rise up against the dissemination of fanaticism and obscurantism.

In a message, read aloud by the King’s advisor Omar Azziman, the King called on all people of peace to rise up against the forces of intolerance. “We reject the distortion of the Islamic faith and invite all people of conscience, as well as lovers of peace, life and tolerance to rise up against the dissemination of fanaticism and obscurantism and counter advocates of terrorism, violence and excommunication,” the King said on Saturday.

The message was delivered Saturday on the commemoration of the 5th anniversary of the death of Imad Ibn Ziaten, victim of a terrorist act perpetrated in 2012 in Toulouse. The King went on to urge civic leaders in Morocco to do their part in the process by providing awareness and leadership to their citizens, particularly to the youth in their midst.

“They must counter the campaign staged by terrorists and by those using terrorist acts to point fingers at Islam and Muslims and aimed at distorting the image of the Islamic faith,” the King noted.

The King deplored the increasing wave of Islamophobia that Moroccans living have been facing in recent years and blamed it on a deliberate confusion between Islam and terrorism.“

“I am aware of the suffering endured by Muslims in general and Moroccans in particular in Western countries, due to the unjust and unacceptable confusion between Islam and terrorism peddled by some, either out of ignorance or deliberately and for evil purposes.”

The King said the best way to counter Islamophobia is to adhere to Islam’s true  principles and practices. He recommended that every Moroccan “to remain committed to its lofty values, as well as to authentic Moroccan traditions, which advocate love, fraternity and coexistence between peoples and religion.”

The Moroccan monarch paid tribute to Latifa Ben Ziaten, the living embodiment of the Moroccan traditions of which he spoke. He commended her for the association she has set up with a view to promoting the culture of peace, tolerance and living together.

“We feel a mother’s sorrow at the loss of her son and we realize the place he has in her heart. At the same time, we appreciate her wise and reasonable reaction after this tragic event. Instead of giving in to feelings of despair and surrendering to anger and hatred, she has proved that she is a living example of patience and tolerance,” he pointed out.

He lauded the message of hope her association has been promoting in the face of intolerance and ignorance and praised its message of peace and the beauty of living together. The King said she is a role for Moroccans and praised her successful integration into French society, with respect to French values and laws.