Washington D.C. - The world-renowned Gnaowa and World Music Festival of Essaouira, in a unique and groundbreaking partnership with the Lincoln Center for the Performing Arts in New York City, will celebrate its 20th anniversary with a Gnaoua World Tour 2017 beginning in New York City on March 16. 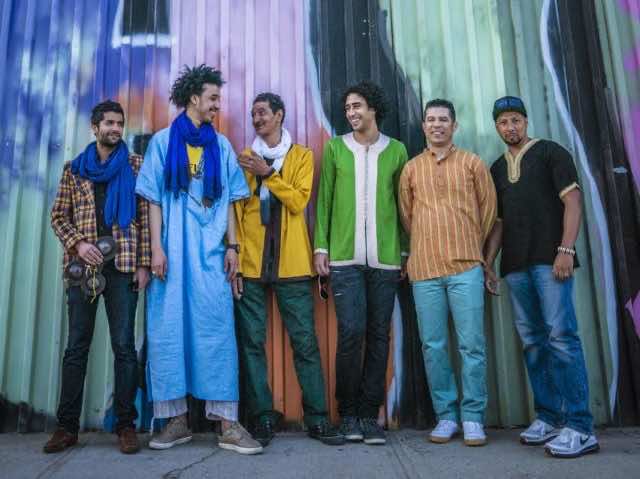 Washington D.C. – The world-renowned Gnaowa and World Music Festival of Essaouira, in a unique and groundbreaking partnership with the Lincoln Center for the Performing Arts in New York City, will celebrate its 20th anniversary with a Gnaoua World Tour 2017 beginning in New York City on March 16.

Young Gnawa musician Samir LanGus and Meera Dugal, Programming Manager at the Lincoln Center, worked for many months to forge this partnership that will bring for the first time this unique festival to the United States.

“People are starting to know about Gnawa music,” said LanGus.  For years individuals have played gnawa music in NY, he said, and now a veritable “Gnawa movement” has been born. The world tour of the festival is the result of hard work over many months. In addition to the prestigious Lincoln Center, LanGus and Meera reached out to the Jazz program at the New School and the Kennedy Center for the performing arts in Washington DC.

Famous jazz pianist and composer Randy Weston played at the New School and brought gnawa maalem (master) Abdullah el Gourd to do a residency there. As a result the school seized the opportunity to participate, he said.

LanGus sees the festival as a way to share the riches of Morocco and the Moroccan musical heritage. “If they love the music, they will come to Morocco for Gnawa festivals,” he said.  “And they will love Morocco.” He envisions cultural exchanges, such as master musicians from Morocco playing in NY while jazz musicians paly in Morocco.

Two Moroccan maalems, Hamid El Kasri and Abdeslam Alikkane, both great gnaoua artists, will make their U.S. debuts, joined by virtuoso drummer Karim Ziad. There will be a fusion of music and cultures, with Pakistani and Iranian artists performing also in the festival.  Bringing the cultures and music genres together will create a unique opportunity for audiences to experience the spirituality of the music.

Several free events will take place prior to the official Gnaoua World Tour 2017 opening concert at Lincoln Center. A panel discussion including journalists, ethnomusicologists, and musicians, and a short performance by LanGus’s New York band Innov Gnawa, will take place at 6 pm at The New School Jazz Performance Space on Tuesday, March 14, and on Wednesday, March 15, a lecture and demonstration with musicians, led by NEA Jazz Master Randy Weston, an early champion of gnawa who helped introduce the music to western audiences, will take place at Medgar-Evers College at 5 pm.

Two additional concerts will take place in New York City.  On Friday, March 17, at 7 pm the Gnaoua Festival musicians will perform at The New School Theresa Lang Center. On Sunday, March 19 at 7 pm, the group will be joined by guest artists Marcus Strickland, Jamaaladeen Tacuma, and The Juilliard School Chair of Improvisation Studies, Marc Cary, led by Music Director and drummer Will Calhoun at Pioneer Works.

For more information on each event, visit: 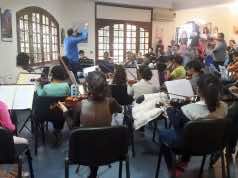