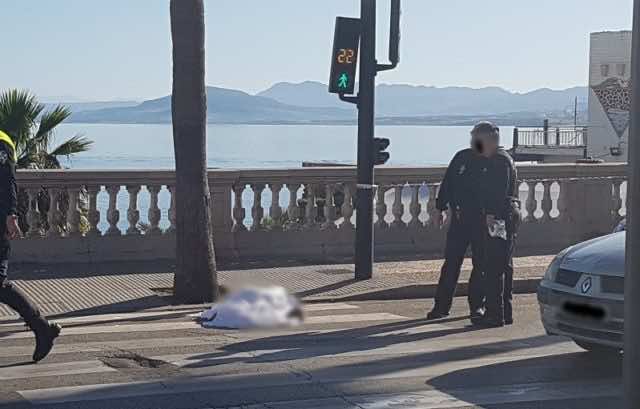 Rabat- The body of Ibrahim Arraoui, the 20-year-old Moroccan national who was murdered on Friday in Ceuta by three underaged Moroccans, has been repatriated and transferred to his home country. Ceuta residents helped gather funds for the body’s relocation.

Authorities told the Spanish news outlet, Diario Sur, that Arraoui’s family was able to gather the EUR 1,800 necessary for the repatriation of the body with the help of other Ceuta residents.

Led by the strong desire of the family, Arraoui’s body was moved to Morocco after finalizing the bureaucratic process of relocation.

Arraoui’s family lives in Tetouan, 40 kilometers from the Ceuta borderlines, and had been traveling back and forth between the two cities to present the documents required to repatriate the body.

The three young Moroccans accused of killing Arraoui are being held by judicial authorities in a the Punta Blanca reformatory in Ceuta, charged with robbery, violence and intimidation and homicide.

Before calling their verdict, the judge held hours of interrogations and listened to six witness testimonies, including the testimony of the person accompanying Arraoui at the time of his death.

According to witnesses, the incident began when the three young Moroccans attempted to rob Arraoui and then stabbed him after he pushed one of them.

According to Diario Sur, a fourth young man who was present at the crime scene was arrested but later released, as the witness’s testimonies did not determine his involvement.