Toronto - Following the recent release of a video purportedly showing Chinese nationals training in Iraq for a major strike inside China, official government rhetoric regarding Islam is becoming increasingly hard-line. 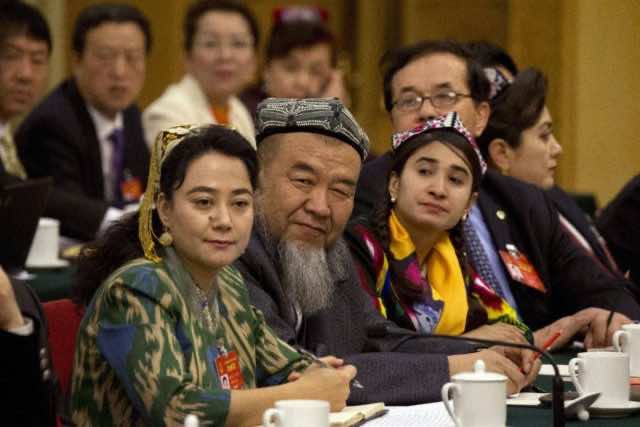 By
Constance Renton
-
Constance graduated from the Television and Radio Broadcasting Program at Canadore College in 1983.
Mar 13, 2017
Spread the love

Toronto – Following the recent release of a video purportedly showing Chinese nationals training in Iraq for a major strike inside China, official government rhetoric regarding Islam is becoming increasingly hard-line.

Chinese officials are expressing concern over what they see as a growing religious incursion into China. Like many European countries and the United States, it is feeling its cultural identity being challenged.

Top government officials in Beijing are primarily concerned with the Ningxia Hui Autonomous Region. It is an area populated by predominantly Muslim citizens, the Hui, descendants of Silk Road traders.

Ningxian officials have begun to speak out against the threat of Islamic extremism. Recent comments by Li Jianguo, Ningxia Communist Party secretary, echoed the rhetoric of US President, Donald Trump; “What the Islamic State and extremists push is jihad, terror, violence,” Li said. “This is why we see Trump targeting Muslims in a travel ban. It doesn’t matter whether anti-Muslim policy is in the interests of the U.S. or it promotes stability, it’s about preventing religious extremism from seeping into all of American culture.”

Mohammed al-Sudairi, a doctoral student from the University of Hong Kong, is an expert on Islam in China. He sees the recent intensifying of language being used by Ningxian leaders as a reflection of the increasingly inflammatory rhetoric being used by the top government officials in Beijing. “There’s a strengthening trend of viewing Islam as a problem in Chinese society.”

Toward the end of February, ISIS released a new video threatening China with a major attack. It purported to show Uighur fighters training in Iraq for an attack it promised would be a bloodbath.

All through 2016, President Xi Jinping directed China’s ruling communist party to “Sinicize” the country’s ethnic and religious minorities. On Friday, Xi met with Xinjiang officials and instructed them to build a metaphorical “wall of iron.” This was a direct reference to former leader, Deng Xiaoping’s praise of the People’s Liberation Army, following its brutal crackdown of student protestors in Tiananmen Square in 1989.