Washington D.C. - My work in Mexico and with El Salvador during the 1990s gave me a front-row seat to the inworkings of the Algeria-Polisario diplomatic machine in Latin America. 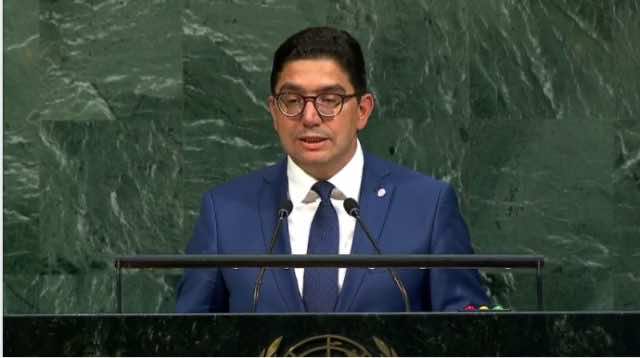 By
Hassan Masiky
-
Hassan Masiky was born in Kenitra, Morocco, and is based in Washington as a blogger and freelance writer.
Mar 14, 2017
Spread the love

Washington D.C. – My work in Mexico and with El Salvador during the 1990s gave me a front-row seat to the inworkings of the Algeria-Polisario diplomatic machine in Latin America.

In addition, this experience also opened up my eyes to the limitations, errors and shortcomings of the Moroccan foreign policy in that region. Luckily, a lot has changed since then making it easier for Moroccan diplomats to conquer Central and South America the same way they did recently in Africa.

In the course of my work at the Mexican Congress, I learned that the Polisario has an embassy in Mexico City just as Morocco does. While this coexistence may have seemed typical in some left leaning countries, it was unusual in Mexico given its political heavyweight in the region and its foreign policy line at the time.

What astonished me further was Mexico’s Congressmen and Congresswomen level of unfamiliarity with the Western Sahara conflict despite the existence of Polisario’s mission in their capital. Furthermore, numerous Mexican foreign ministry officials did not know about the on-going dispute between the Algeria backed Polisario and Morocco over the Western Sahara and yet the Self-declared Sahrawi Arab Democratic Republic (SADR) has an embassy in their country.

The same goes for several key members of the Congress who did not discern the similarities between Polisario’s aspiration for independence and the Zapatistas rebels drive for self-rule in the Mexican state of Chiapas.

On many occasions, I found myself explaining to leaders of the then ruling party, the Institutional Revolutionary Party (PRI), the roots of the conflict and the meaning and impact of Mexico’s recognition of the SADR on  the legitimacy of the Zapatistas political and economic demands of 1994 revolts.

A closer look at this situation, which still stands today, shows a lack of Moroccan public relations campaigns in the region, a meager performance by the Moroccan embassy in Mexico City and a poor understanding of the foreign affairs “machineries” in Latin America.

It did not take me long to realize, with the help of a Mexican PRI Senator who happened to spend his honeymoon in Morocco and thus knows and loves the country, that the Polisario has indeed a diplomatic “machinery” in Central and South America.

Since the opening of hostilities between Morocco and Algeria over the western  Sahara and the Communist block adoption of Polisario’ s cause for independence, pro-Algeria Sahrawis  were automatically enrolled in Cuban foreign affairs schools and attached to its apparatuses. It was simple and yet effective. Algeria supplied the passports, Libya and Algeria the funds and Cuba the experts.

This permutation produced an effective group of Polisario representatives that rode the Castro diplomacy wave into several key capitals in Latin America opening offices and “embassies”. Mexico was among several countries where pro-Cuba politicians were able to get their foreign ministry officials to give approval for the opening of SADR “diplomatic representations” without much debate in the local legislatures.

In Central America, the scenario was similar. As the Polisario tapped the Communist Sandinistas, who ruled Nicaragua in the 1980s and 1990s, as partners to setup shop and expand, Morocco failed to seize the anti-communist crusade in El Salvador as an opening to counter the Algerian propaganda machine in the region.

Fighting communists in Guatemala, Honduras and El Salvador, these nations should had been natural allies only if Morocco exploited the opportunity and anchored its diplomacy in one of these countries’ capitals.

Today, the current President of Nicaragua, the ex-Sandinista chief Daniel Ortega, remains a big Polisario champion while Morocco never opened up to El Salvador and Honduras, who are a friendly terrain given their pro-American stands.

The Cuban-fueled diplomatic strategy worked in part because of the meek Moroccan diplomacy of the 1990s that could not appreciate the political landscape of the region. However, recent political changes would make it easier for the Moroccans seeking to reverse their losses to succeed. The death of Fidel Castro and Hugo Chavez, the arrival to power in South America of less ideological political parties, the new hard-nosed Moroccan diplomacy and the deteriorating Algerian and Venezuelan economies are all signs that Rabat can win over the support of many Latin nations.

Morocco’s strategy that led to its return to the African Union should be the basis for forging a new strategy in Latin America. Rabat can easily develop new alliances and build enduring partnerships to serve as sources to dispel Algerian myths about the Western Sahara.

However, it will be imperative for Morocco to respond to government changes in the region in a timely manner to lobby new friendly political parties in power to withdraw their recognition of SADR. Rabat needs to react rapidly to government turnovers, when they happen, in Bolivia, Ecuador, and obviously Venezuela.

Rabat missed numerous occasions to solidify relations with nations in Latin America that could have resulted in their withdrawal of SADR recognition because of its delay in acknowledging and reacting to leadership changes in these countries.

To start afresh and to stave off future setbacks, like the recent one in Panama, Rabat needs to appoint competent diplomats fluent in Spanish and familiar with the region. Latino politicians and diplomats support the Algerian positions because of a lack of a comprehensive Moroccan diplomatic plan designed specifically for Latin America.

Morocco can ill afford to ignore Latin American nations, either small like El Salvador and Guatemala or big like Mexico. As the United Nation Security Council readies to review the Western Sahara dossier in April, every member vote counts.  It is time to focus on Latin America and converge on Mexico to regain the upper hand in this part of the world that Moroccan foreign affairs ministry has ignored and disregarded of too long.