Rabat - 69 percent of  Moroccans support the idea of separating religion and politics, according to the 2016 Index of Arab Public Opinion, conducted by the Arab Center for Research and Policy Studies. 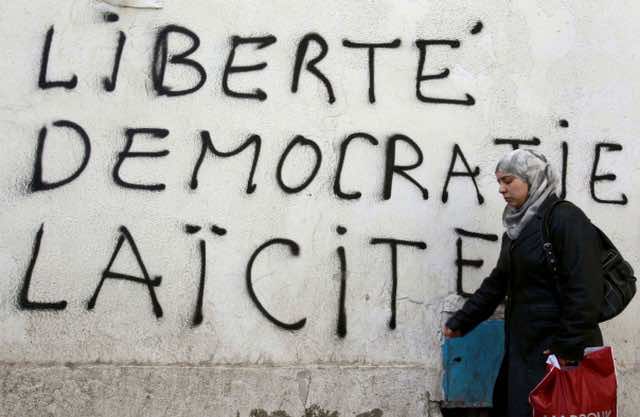 Rabat – 69 percent of  Moroccans support the idea of separating religion and politics, according to the 2016 Index of Arab Public Opinion, conducted by the Arab Center for Research and Policy Studies.

The findings of the index’s survey of 18,310 interviewees from 12 Arab countries shows that the number increased slightly since 2015, when the number reached only 66 percent, but overall shows a decrease from 2011’s 71 percent.

Following the comparison of opinion poll’s findings between 2016 and the past few years, the index shows that the supporters of religious-political separation in the Arab World increased from 47 percent in 2011 to 56 percent, including Morocco, which was led by an Islamist political party, the Justice and Development Party, over the past five years. 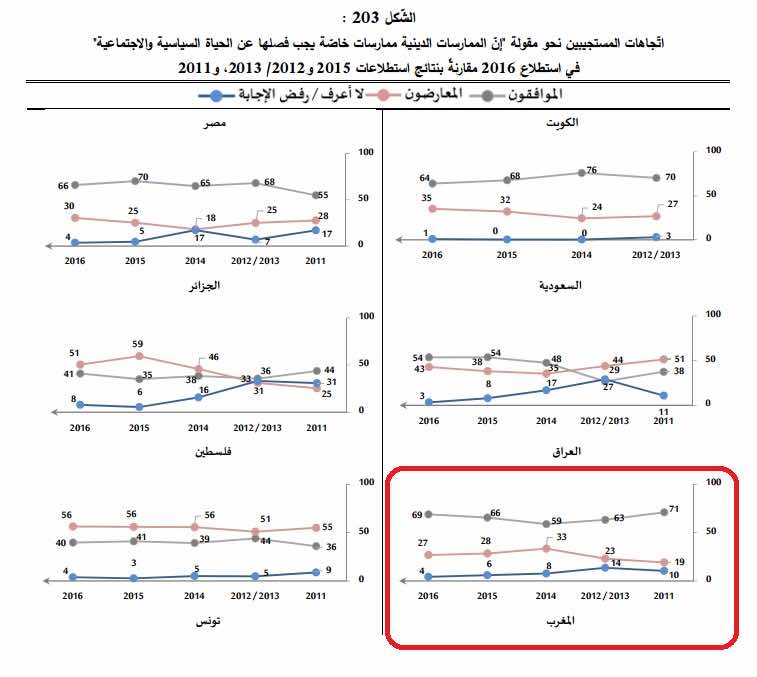 The index’s chart shows that in four countries out of twelve, the majority of the population refuses to allow religion to interfere with political issues.

The findings also show that 56 percent of Tunisians, led by a secularist part since it’s independence in 1956, are opposed to the idea of separating religion from political affairs.

The questionnaires addressed public confidence in Arab governments; attitudes to religion and the role of religion in the public sphere; the general political and economic circumstances of Arab citizens; and the Arab publics’ attitudes to the foreign relations of their home countries.

When French Politicians Twist Secularism to Ban the Burkini 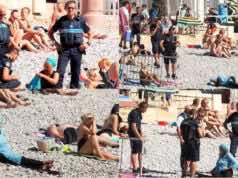