Casablanca - King Mohammed VI launched, on Wednesday in Casablanca, the 19th Annual national solidarity campaign 2017, organized on March 15-25 by the Mohammed V Foundation for Solidarity under the theme "Supporting Women Cooperatives, for a sustainable and solidarity-based social production." 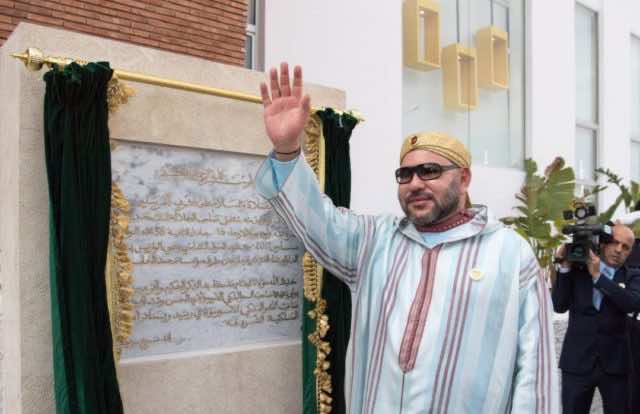 Casablanca – King Mohammed VI launched, on Wednesday in Casablanca, the 19th Annual national solidarity campaign 2017, organized on March 15-25 by the Mohammed V Foundation for Solidarity under the theme “Supporting Women Cooperatives, for a sustainable and solidarity-based social production.”

Women Cooperatives at the Heart of this Solidarity Edition

Held under the presidency of King Mohammed VI, the campaign is aimed at raising funds to finance social projects and carry out action plans to meet the needs of the targeted populations.

The Mohammed V Foundation for Solidarity earmarked these resources, depending on their importance, to projects managed by associations or directly by people, including poor segments of society.

These resources are meant to fund projects of training, socio-vocational integration of youth, women and special needs people, operations of receiving Moroccans living abroad “Marhaba” and food assistance for the underprivileged during the holy month of Ramadan.

The national solidarity campaign 2017 will target activities of production initiated by women in situation of precariousness in the sectors of handicraft and local products.

The First Solidarity Market in Morocco

King Mohammed VI also inaugurated in the Oasis neighbourhood in Casablanca a solidarity-based market for equitable marketing and meant to sell products by Moroccan female cooperatives.

This market, which boasts the local know-how, will bring these products closer to the final consumer. This project will impact key economic decision-makers and stakeholders with the aim of creating new opportunities and opening broader prospects for development.

The market, carried out by the Mohammed V Foundation for Solidarity for 16.5 million dirhams, will highlight the wealth and diversity of Moroccan local products and handicraft through a direct sales offer of over 2,200 references proposed to the public.

They are over 150 entities from across Morocco, mainly cooperatives, economic groupings, income-generating activities and economic activities supported by the Mohammed VI Foundation for Inmate Reintegration, which are exhibited for this launch.

The exhibitors will benefit from technical support relating to equipment and the production process, as well as capacity-building training.

King Mohammed VI visited the facility and handed, as donation, equipment to some twenty individuals holding projects out of the 167 projects which benefited from the Foundation’s support as part of the 2016 program for integration via income generating activities in the cities of Tifnet, Jerada, Beni Drar, Midelt, Oujda, Meknes, Fez, Tetouan, Kenitra, Agadir and Casablanca.

The sovereign also gave cheques to representatives of ten associations as part of the same program in terms of training and assistance for young holders of projects, as well as to five micro-entrepreneurs who benefited from micro-credits to develop their economic activities.