Washington D.C. - After King Mohammed VI’s removal of Abdelilah Benkirane from his duties as appointed head of government yesterday and his decision to appoint another leading member of the Party of Justice and Development (PJD) to lead negotiations to form a new coalition government, three names have emerged as potential candidates for the job.

Washington D.C. – After King Mohammed VI’s removal of Abdelilah Benkirane from his duties as appointed head of government yesterday and his decision to appoint another leading member of the Party of Justice and Development (PJD) to lead negotiations to form a new coalition government, three names have emerged as potential candidates for the job.

All three are ranking members of the PJD and have held important positions in the two governments headed by Benkirane between January 2012 and October 2016.

1- Mustapha Ramid, outgoing Minister of Justice and Individual Freedoms in the current transitory or caretaker government, has held the position since he was appointed by the King in January 2012.

Before being appointed Minister, Ramid had been member of the parliament since 1997. As a lawyer, he defended many significant cases, such as those of Salafists Hassan Kettani et de Abdelwahhab Rafiki (Abou Hafs), who were arrested and imprisoned following the May 2003 terrorist attack in Casablanca.

He is regarded as one of the most influential members of the PJD and known to be highly regarded by the Moroccan monarch and his entourage. He appeared with Benkirane when the latter was appointed by King Mohammed VI on October 10 last year, just three days after the legislative elections held on October 7, 2016.

This presence besides Benkirane on the day of his appointment by the King is taken by many as a sign of the significance the Palace accords him. Another indication of his closeness to the Palace is the fact that his daughter was hired by the law of firm of Hicham Naciri, the personal lawyer of King Mohammed VI.

Factors that could play against him, however, are one: the fact that he has two wives, problematic for a country concerned about how the “developed” world regards it, and two, his statement and position on homosexuality. Following the assault of a homosexual in Fez in 2015, he said homosexuals should avoid provoking society. Human Rights Watch accused of making homophobic statements.

“He [Mustafa Ramid] said homosexuals should avoid provoking society, and that citizens must not enforce the law themselves, as though the victim had been breaking the law due to his appearance,” HRW said at the time.

2- Saadeddine Othmani is also among the influential members of the party. However, unlike Benkirane who is widely regarded as a “hot head” who speaks his mind without measuring the importance of his words, Othmani is regarded by analysts as wise and clear thinking. He has also built a reputation for being a man of consensus and for not being confrontational, a highly needed quality in politics.

These positive traits are, however, counteracted by several weaknesses that diminish his chances of appointment to head of government.

Many believe, rightly or wrongly, that his experience as the country’s top diplomat from January 2012 to October 2013 did not leave a very laudable legacy. Many expected his appointment would give a new momentum to Morocco’s diplomacy and help counterbalance the rhetoric of the Polisario in Latina America, in Scandinavian countries and in English speaking Africa, but little was achieved in this regard.

On the one hand, his tenure as Minister of Foreign Affairs coincided with a dark episode in relations between Morocco and the United States and an unprecedented draft resolution presented by the US to the UN Security Council to expand the Mission of the UN in the Sahara (MINURSO) to include the monitoring of human rights.

In addition, his tenure coincided with Morocco’s decision to withdraw its confidence in Christopher Ross as the UN Secretary General’s personal envoy for the Sahara. Many have blamed the Minister for his inability to deal with these crises.

On the other hand, his visit to Algeria in the first days following his appointment as minister did not go as planned. Following his meeting with his Algerian counterpart, Mourad Medelci, in January 2012, he sounded a very positive tone about a possible normalization of relations between the two countries.

However, the visit did not touch upon the most pressing issues between the Rabat and Algiers, the question of the Sahara and the reopening of borders. During the same visit, Othmani met with members of opposition parties despite the advice of Morocco’s Ambassador to Algiers, Abdellah Belkziz, that such move was not appropriate. This meeting was not highly appreciated by the royal palace

Many observers argue that he did not coordinate all details of his visit with the Royal Palace, an important move given that Algeria is the main backer of the Polisario and has been striving for four decades to prevent Morocco from putting an end to the Western Sahara dispute.

Additionally, Othmani angered the Kuwaiti government when he attended a conference organized by an opposition close to Muslim Brotherhood.

3- Aziz Rabbah was elected a member of the parliament for the first time in the 2007 legislative elections, a seat he kept during the 2011 elections. Besides his political career, Rabbah has accumulated extensive credentials from working in senior positions in the Ministries of Economic and General Affairs, Foreign Trade, and Trade and Industry. Despite his popularity, he is closer to the profile of a technocrat, someone who is highly skilled but does not belong to any political party.

He is regarded as less of a populist than Benkirane and a fervent defender of the monarchy, as revealed by his position during the TGV stop campaign. Like his colleague Ramid, Rabbah is well regarded in the royal palace. He is also well respected among the Moroccan elite for his outspokenness.

Before Othmani and Ramid emerged as candidates, Rabbah’s name had been floated as a serious candidate to replace Benkirane in the event King Mohammed were to appoint another leading member of the PJD to head the government. He is also regarded as well attuned to the new orientation of King Mohammed VI’s foreign policy in recent years and his development plans to provide job opportunities for the masses of unemployed young Moroccans.

But the one factor that could play against him is his decision early on in his position as Minister of Equipment and Logistics in 2012, to fight the rentier economy in the country. As such, he published in February 2012 the list of beneficiaries from licenses of public transportation, known in Morocco as Lagrimat.

Notwithstanding this possible hindrance, compared to the handicaps of Ramid and Othmani, Rabbah seems to be in a better position than they to succeed Abdelilah Benkirane, his current boss in the PJD. 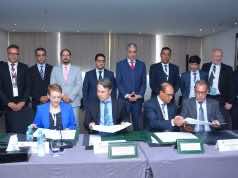