Rabat - The 5th edition of the International Africa Development Forum (FIAD) kicked off in Casablanca on Thursday. President of Burkina Faso, Roch Marc Christian Kaboré, chaired the opening of the ceremony. 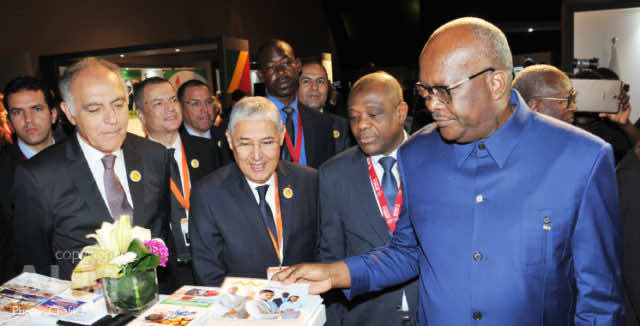 By
Chaima Lahsini
-
Chaima Lahsini is freelance journalist and activist with the Al-Fam collective in Rabat.
Mar 16, 2017
Spread the love

Rabat – The 5th edition of the International Africa Development Forum (FIAD) kicked off in Casablanca on Thursday. President of Burkina Faso, Roch Marc Christian Kaboré, chaired the opening of the ceremony.

Held by the Attijariwafa Bank Group under the theme “New Inclusive Growth Models in Africa,” the two-day event will be attended by more than 1500 operators from partner states and 25 countries on the continent.

The Faso Head of State, and guest of honor, opened the ceremony by describing the 2017 edition of FIAD as “significant” for Morocco and Africa in the sense that it is convening just after Morocco’s return to the African Union (AU). Addressing the issue indicated by the theme of FIAD 2017, President Kabore said that Africa “must make judicious and courageous choices that guarantee the development of the continent and ensure its wealth.”

The Faso President also emphasized the role of the private sector and public administration in jointly defining the best path for the development of African States, and offering the most suitable and sustainable assistance to the most vulnerable groups within the continent.

For his part, Attijariwafa Bank Group CEO, Mohamed El Kettani, lauded the Forum’s opportunity and potential as an exceptional platform for dialogue, exchange and solidity since its launch.

“Since its inception, our Forum has mobilized 6,000 operators from 36 countries, generated nearly 13,000 business meetings, giving rise to countless opportunities for trade and investment, and has become an essential part of the agenda of economic operators and Policy makers in Africa.”

The CEO of Attijariwafa Bank believes that the Africa Development Club, whose creation was announced last year, entered in an ascending phase. “Today, you are more than 400 active members to benefit from its services, including regional business meetings, sector missions, platforms for networking and access to information in all the countries where we’re present,” he said.

Beyond the impressive numbers, the Forum is, according to Kettani, a vision of peace, solidarity and unity, referring to the speech that King Mohammed VI delivered in Addis Ababa in February.

This ceremony afforded the Moroccan Minister of Foreign Affairs, Salaheddine Mezouar, the opportunity to declare that “Africa’s ambition and pragmatism turned Africa’s page of ideologies.” He added that “Africa can only succeed if it believes in itself.”

For her part, Miriem Bensalah Chaqroun, President of the General Confederation of Moroccan Companies (CGEM), insisted on the co-development approach undertaken by Morocco to meet the common challenges. “In a young continent with 70% of the population under 30 years of age and a high unemployment rate, growth must have a significant impact on job creation,” Bensalah said.

The fifth edition of the Africa Development Forum, held March 16 and 17 in Casablanca, offers important platforms for exchanges between operators (B to B) and to the investment market, a space dedicated to countries. Participating countries include Burkina Faso, the Republic of Congo, Côte d’Ivoire, Egypt, Madagascar, Rwanda, Senegal and Tunisia. 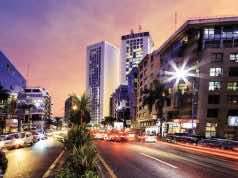 Financial Times: Five Reasons Why You Should Live in Casablanca