Morocco World News
Home Society Expatriates With a Wounded Wilders, What’s Next for Moroccans in the Netherlands?

Toronto - Dutch voters sent out a strong message Wednesday with their sound rejection of far-right Geert Wilders and his Party for Freedom (PVV).  What does the vote mean as the Netherlands moves forward? What does it mean for the country’s immigrant populations? 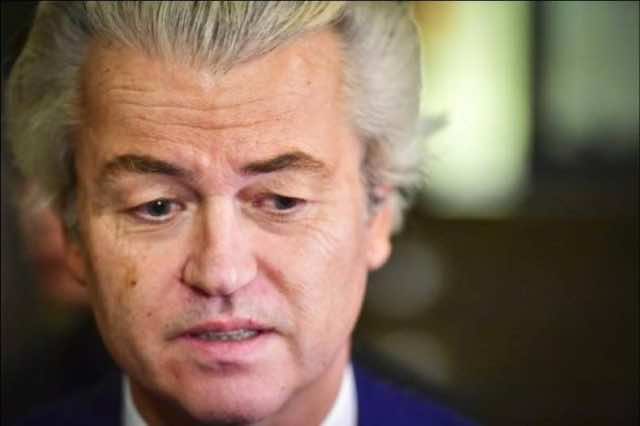 By
Constance Renton
-
Constance graduated from the Television and Radio Broadcasting Program at Canadore College in 1983.
Mar 17, 2017
Spread the love

Toronto – Dutch voters sent out a strong message Wednesday with their sound rejection of far-right Geert Wilders and his Party for Freedom (PVV).  What does the vote mean as the Netherlands moves forward? What does it mean for the country’s immigrant populations?

In an interview with Morocco World News, pollsters from the Netherlands’ De Etnobarometer, Aziz El Kaddouri and AbdelBasset Zaghdoud, share their insights on the historic election.

For pollsters Kaddouri and Zaghdoud, “Immigration and integration, Islam and influx of refugees were true key themes for all political parties.” The pollsters see this as the main reason why voter participation was so high, estimated at 80 percent.

“On the other side,” say the pollsters, “Migrants have commented massively on the movement/party Denk and voted for the new party with Turkish and Moroccan candidates. This is evidenced by the need to vote and relatively more young immigrants and elderly found their way to the polls.”

The Green Left Party, led by Dutch-Moroccan Jesse Klaver, jumped from four to 14 seats in Wednesday’s election. Kaddouri and Zaghdoud agree that Klaver presented himself as a fresh political alternative to established candidates. “He leads the party as a fresh political movement and knows how to commit many young people. He translates his views better to the electorate and [is becoming] every popular.”

Far-Right Hurt but Not Defeated

Wilders did not turn out to be the fearsome candidate that people feared he might be, but his party still managed to secure five seats. For Kaddouri and Zaghdoud, this is a warning against believing populism defeated. “Sentiments in the Netherlands remains populist but as Prime Minister Rutte, recently pointed out with a laugh, ‘There is a difference between normal populism and wrong populism’.”

The pollsters also believe populism is alive and well in the Netherlands, and while the far-right missed the victory they desired, they still benefitted from increased media publicity for their agendas. Kaddouri and Zaghdoud credit Brexit and US President Donald Trump’s election with a heightened international sense of populism that led to the keen interest. “People were afraid after Brexit and Trump that populism would break into continental Europe. Therefore, the interest of foreign media is not surprising. It was widely curious what direction it was going.”

What that means for countries facing upcoming elections like France and Germany remains unpredictable and depends on “local factors.”  Explaining further, they say, “If the established parties have no answer on right-wing extremism and populism sentiments as integration/immigration, Islam and the problems of asylum seekers, the extreme right-wing populist parties will continue to grow.”

On Rutte to a Coalition

The pollsters describe the Netherlands as having awakened with relief Thursday morning, but they see challenges ahead for Mark Rutte. “The challenge for Prime Minister Rutte is to form a coalition that has support among the Dutch population and has adequate answers to the soil of populism. The motto of the new cabinet will be how to connect. Both migrants and autochthonous disgruntled voters should be well served.”

A Bright Future for Migrants?

Kaddouri and Zaghdoud see migrants as having “massively opted for acceptance and inclusiveness. Not only Denk has expressed this, but the message is also well understood by other parties on the left as GroenLinks and the centrist party D66, which have a good chance to form a coalition with the VVD [People’s Party for Freedom and Democracy].”

As for Moroccans specifically, Kaddouri and Zaghdoud recall many Moroccans talking of a “Plan B” ahead of Wednesday’s election, not feeling at home in the Netherlands.  Now they feel “taken more seriously by politicians.” Whether or not they will ever truly feel at home, after being so publicly vilified by Geert Wilders’ political agenda, remains to be seen.