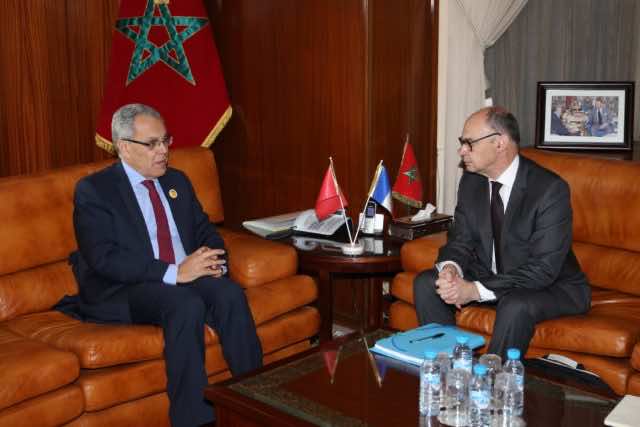 Bodin led a large delegation on a working visit to Morocco.

During their talks, the two officials expressed their satisfaction with the excellence and momentum of the bilateral cooperation between the two departments of defense.

This has been made possible because of the historically strong relationship of friendship and trust between Morocco and France, under the leadership of King Mohammed VI and François Hollande, President of the French Republic.

The two parties also discussed different aspects of bilateral cooperation in the field of defense, notably training. The exchange of experience and expertise, the modernization of administrative and financial governance were also talked about.

Additionally, they reviewed the results of social actions carried out in favor of Moroccan veterans who had fought in the ranks of the French army.

At the meeting’s conclusion, both Loudyi and Bodin expressed their shared ambition to further developing their exemplary partnership by exploring new avenues of cooperation in the same spirit of friendship and shared trust.