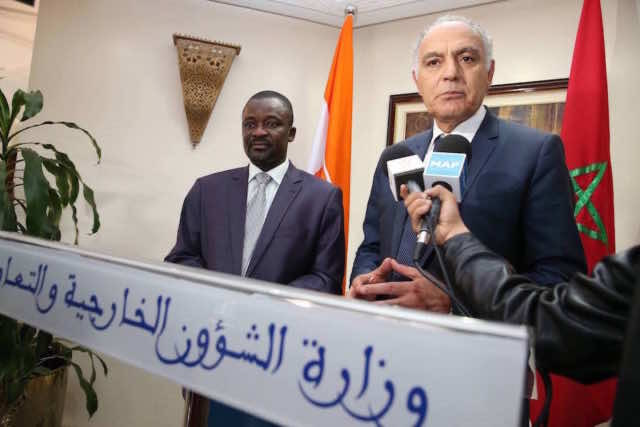 The meeting took place Saturday within the framework of a tour dedicated to Morocco’s request to join the Economic Community of West African States (ECOWAS).

The audience is a sign of the excellent relations which exist between King Mohammed VI and Senegalese President Macky Sall, and between the two brotherly peoples, Mezouar said.

He stressed that King Mohammed VI “has always made sure that Senegal, its president and its institutions are always associated with the steps carried out by Morocco and the sovereign”.

Mezouar continued, saying that Senegal has always supported, “in a committed and strong way at all levels,” the kingdom’s return to the African institutional family. He added that Morocco has now engaged in a new approach in joining the ECOWAS.

President, Macky Sall, took the opportunity to reiterate his commitment to supporting Morocco and the King, noting that the Senegalese head of State “has greatly appreciated the initiative and considers that the natural place of Morocco is also within the ECOWAS.”

Morocco’s request is not an “isolated fact,” but it is linked first of all to the existing close history between the Kingdom and this economic grouping. It is also linked to the cultural, human and economic relationships between the two parties, Mezouar said.

Morocco’s initiative is, therefore, consistent with logic and continuity, he stressed, recalling that the Kingdom is already linked with all ECOWAS countries through agreements, partnerships, investments and cultural exchanges.