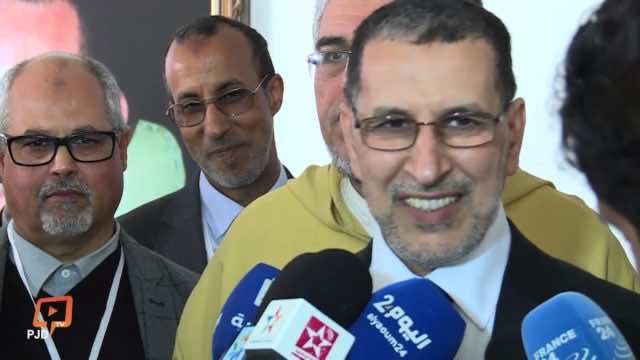 Following the dismissal of the former Head of Government, Abdelilah Benkirane, the Justice and Development Party convened an extraordinary session of the National Council on Saturday. During a press conference that preceded the meeting, the Head of Government, Saad-Eddine El Othmani, made a statement to the press Tamazight. This is the first time that a Moroccan head of government has talked to the press in Tamazight.

The statement has been regarded as a reminder of his Amazigh origin as he comes from a Soussi family in Inezgane, southeast of Agadir.

In his brief statement, Saad-Eddine El Othmani acknowledged that he has been entrusted with a “huge responsibility.” He pledged that the Justice and Development Party accepts full responsibility to “defend the interests” of Morocco.

Tamazight has become Morocco’s second official language along with Arabic since the adoption of the 2011 constitution.