Rabat - Saad Eddine Othmani seems determined to break the political deadlock of the last five months. Even if he is "open to consult with all political parties," the PJD remains attached to what gives it both power and weakness: the legitimacy of the ballot box. The arm-wrestling is likely to continue. 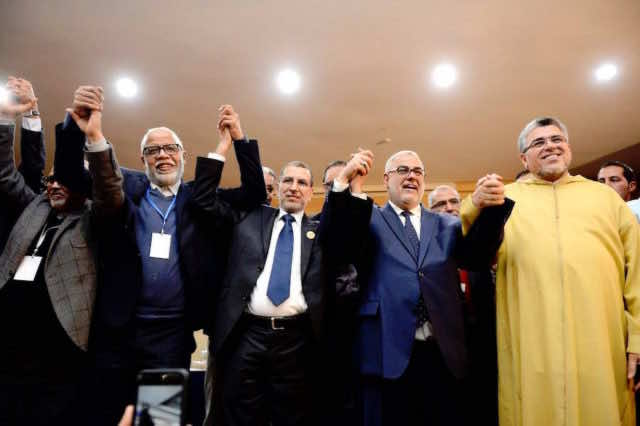 Rabat – Saad Eddine Othmani seems determined to break the political deadlock of the last five months. Even if he is “open to consult with all political parties,” the PJD remains attached to what gives it both power and weakness: the legitimacy of the ballot box. The arm-wrestling is likely to continue.

The decision of King Mohammed VI to dismiss Abdelilah Benkirane as appointed Head of Government has been interpreted by some media and analysts as a slap in the face of Benkirane and the PJD.

After five months of “deadlock,” the King’s decision has opened the door, if only for a while, for various interpretations and, even, fears: How will the PJD react to the King’s decision? Will they accept it? And if so, with the decision go by without causing heavy damage to PJD’s unity?

Just a few hours after the King’s decision, the PJD’s first reaction was to announce an extraordinary session of the National Council (the parliament of the Party) to “discuss” the dismissal of Benkirane and the King’s choice to appoint “another political candidate from the PJD” as the new Head of Government.

One day before this session, however, the King received Saad Eddine Othmani in Casablanca and appointed him as the new Head of Government.

Political analysts and media suggested that the King’s decision –issued just before the meeting of the National Council of the PJD — was “another signal” to the PJD: “whether you hold your meeting or not, what should be done, has already been done.”

PJD leaders did not react. Before the session of the National Council, the Politicobureau of the party simply stated that it “welcomes the King’s decision on a positive note.”

On Saturday, two days after the Royal Cabinet’s communiqué, PJD members convened in Maamoura (near Rabat) for their meeting. The ambiance was typical PJD: leaders showing strong solidarity and unity,with n o signs of stress or panic.

At the opening of the meeting, Benkirane told reporters gathered at the gate: “Government is finished for Abdelilah Benkirane.”

But appearances are deceiving. In less than a day, only the time of the meeting, Benkirane appeared to have risen from the ashes. In the communiqué released after the extraordinary session, PJD members made two major points:

Both of these points are of paramount importance. Yet, if the PJD has expressed pride in the royal “orientation,” they insist on highlighting the importance of respect of the “Constitution,” and the results of the October 7 elections which placed the PJD far ahead of its competitors with 125 seats out of 395.

Furthermore, the choice to “delegate” government negotiations and to submit the results to the “Politicoburo” (still led by Benkirane), shows the party’s determination to stay compact and to “obey” the “High Orientations,” but without any impact on the party’s unity and decisions.

Such “messages” might suggest that the “deadlock” is still far from being resolved if the other political parties, particularly the so-called G4 led by RNI’s Head Akhanouch with USFP, UC and MP, insist on behaving the same way as the PJD, by subjecting the government coalition to draconian conditions, and challenging both logic and common sense.

In Peace We trust

Nonetheless, the PJD remains vigilant and prefers to avoid conflicts. The day after the extraordinary National Council meeting, Saad Eddine Othmani decided to commence “consultations” with “all political parties,” including the Party of Authenticity and Modernity (PAM).

The PAM, which came in second place in the October 7th elections, has been in the opposition since then Now, after five months of stalemate, there are indications that the party seems a “bit more” open to participation in the PJD’s expected coalition.

After the appointment of Othmani, PAM’s Secretary General, Ilyas El Omari, sent a congratulatory letter to Othmani, without indicating whether his party would participate in the negotiations.

In the event that the PAM is open to consultations and/or negotiations with the PJD, that may lead to an automatic exit of Aziz Akhannouch’s RNI and his three allies (USFP, UC and MP). Merely because the RNI won 36 seats in the last elections and couldn’t be part of negotiations without the withdrawal of PAM which obtained a significant score of 102 seats.

To sum-up the current political map, it seems as if Benkirane is out. And the G4 could follow him if the PAM agrees to open negotiations or at least consultations. However, the PJD is inextricably attached to the source of Othmani’s power and the reasons for the last deadlock through the ballot box and the “spirit of the Constitution.”

There is still a real risk of stalemate.