Rabat - Moroccan banking group Attijariwafa Bank was awarded the African Bank of the Year trophy at the 5th edition of the Africa CEO Forum, Monday in Geneva. 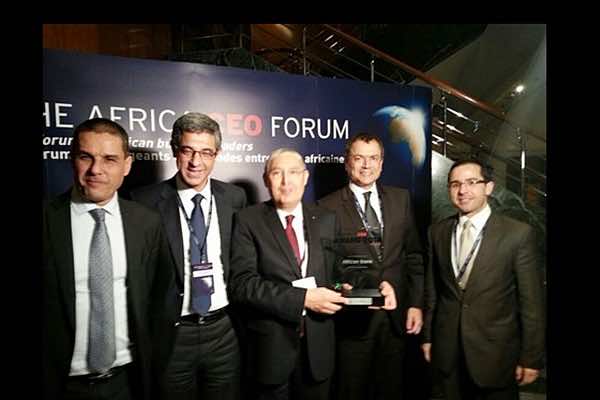 Rabat – Moroccan banking group Attijariwafa Bank was awarded the African Bank of the Year trophy at the 5th edition of the Africa CEO Forum, Monday in Geneva.

Every year, the Africa CEO Forum Awards recognise companies and investors whose strategies and performance contributed most to Africa’s growth dynamic over the past year.

Mohammed Dewji, Group CEO of Mohammed Entreprise Tanzania Limited (MeTL), was named CEO of the Year and Anta Babacar Ngom Bathily of Sedima won the award for Young CEO of the Year.

The Tunisia-based firm is dedicated to the international expansion of French SMEs in Africa. German insurer Allianz and Portuguese company Mota-Engil, who together have been operating in Africa for over two decades, were the joint winners of this year’s International Corporation of the Year award.Launched in 2012, according to organizers, “The Africa CEO Forum has become the leading international meeting on the development of Africa and its companies, in a top-level professional setting.”