Rabat - The Istiqlal Party (PI) has renewed its demand to join the government coalition following the replacement of Abdelilah Benkirane by Saad Eddine El Othmani as Head of Government. 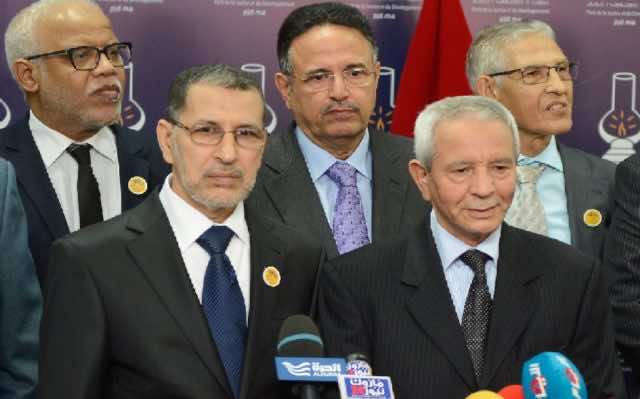 Rabat – The Istiqlal Party (PI) has renewed its demand to join the government coalition following the replacement of Abdelilah Benkirane by Saad Eddine El Othmani as Head of Government.

“The PI has expressed its desire to be among the majority parties in the coalition government. We still uphold the same decision,” said Mohammed Soussi, a member of the PI’s executive board, in conference held at the PJD’s headquarters after a meeting Tuesday morning between the PI and the new Head of Government.

Soussi noted that the PI has supported PJD’s attempts to form the government coalition since October 2016.

“We hope that Othmani accomplishes his successful mission in the appropriate way that should be accomplished,” he added.

During the original five months of party negotiations, the question of the PI’s participation in the coalition government had stirred a heated argument between Benkirane and Aziz Akhanouch, the Secretary General of National Rally of Independents (RNI), which had refused to join the coalition unless the PI Secretary General, Hamid Chabat, was excluded.

The PI is the first party to initiate negotiations with Othmani. While the Authenticity and Modernity Party (PAM), with the second-largest number of seats in parliament, would normally have met with Othmani first, PAM’s Secretary General Ilyas Omari was unable to attend the meeting due to the royal mission.