Toronto - The death toll from yesterday’s brazen attack on UK Parliament stands at four, including the attacker. The 40 injured during the melee span ten nationalities. 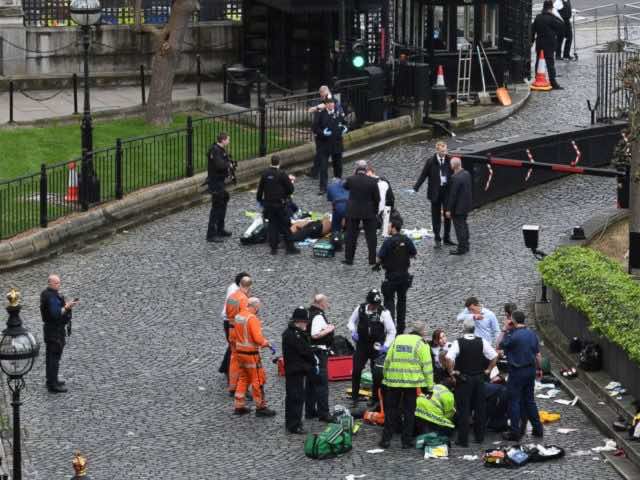 By
Constance Renton
-
Constance graduated from the Television and Radio Broadcasting Program at Canadore College in 1983.
Mar 23, 2017
Spread the love

Toronto – The death toll from yesterday’s brazen attack on UK Parliament stands at four, including the attacker. The 40 injured during the melee span ten nationalities.

Londoners awoke with resolve this morning, determined to crack on with life as they know it, in spite of yesterday’s attempt to strike fear into one of the world’s greatest cities.

Speaking in front of Parliament Thursday morning, Prime Minister Theresa May assured Londoners there is no reason to believe further attacks are imminent. She did, however, acknowledge that the terror alert has been set to its second-highest level until further notice.

May also revealed that police investigators have searched six addresses and made eight arrests in the cities of Birmingham and London in the first 24 hours of the investigation.

The suspect was known to police to be have been “inspired by international terrorism” but only as what May called a “peripheral figure.” His name had come up at one point during an MI5 investigation but no further details have yet been released. The suspect is confirmed to have been British-born. May stated that he had come within a mere 20 yards of Parliament before being stopped by police. His identity has not yet been publicized.

Police presence will be stepped up across the country in light of yesterday’s events, which claimed the life of 48-year-old police officer, Keith Palmer, stabbed to death by the attacker in the line of duty. The Prime Minister praised Palmer’s bravery and sacrifice, calling him “every inch a hero.”

The attack, which appeared at first to be two separate events, has now been established to have been carried out by a single, lone-wolf attacker. After plowing through scores of pedestrians on Westminster Bridge, the attacker made his way toward Parliament, armed with a knife.

Wednesday afternoon London’s mayor, Sadiq Khan, had a message for those who would attempt to disrupt the calm of his city, “You won’t succeed, you won’t divide us, we won’t be cowed by terrorists.”

Describing Wednesday’s scene in her morning address, Prime Minister May acknowledged both the horror and the valour of the events, “yesterday we saw the worst of humanity, but we will remember the best.” She closed her comments saying that the best way to respond to terror is in “millions of acts of normality,” praising the millions of Londoners carrying out their normal routines Thursday morning. 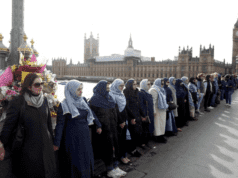