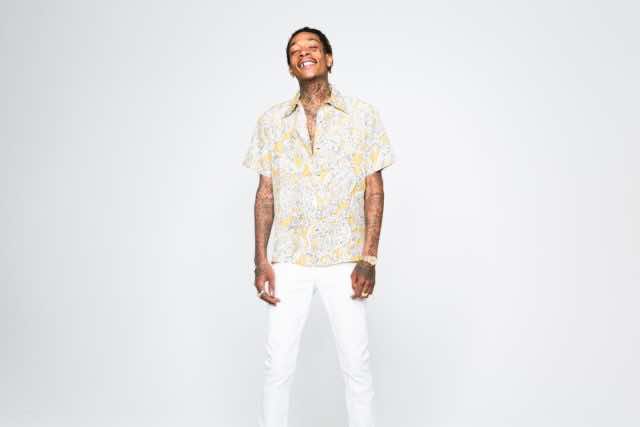 Kalifa is set to perform from festival’s OLM stage on Saturday, May 13th, 2017.

Best known for his hit “Black and Yellow,” the artist gained mainstream recognition with the release of his third studio album “Rolling Papers” in 2011. The Atlantic/Rostrum album led BET and Billboard to label Kalifa a “Top New Artist” in 2011 and 2012, respectively.

A child of U.S military parents, Kalifa lived in the United Kingdom, Japan and Germany before attending high school Pittsburg, where he began his music career. Originally named “Cameron Thomas,” he adopted “wiz” as shortened form of “wisdom” and “Kalifa”, the Arabic word meaning “successor,” from a nickname his Muslim grandfather gave him.

Since his discovery by Rostrum Records president Benjy Grinberg in 2004, and the immense success of “Rolling Papers”, Kalifa has achieved continued success with the release of his sophomore studio album, “Blacc Hollywood”.

Featuring the single, “We Dem Boyz”, the album topped Billboard’s Top 200 album chart. In his most recent project, Kalifa debuted a self-titled album as a thank you to long-time fans.

Taking place in Rabat, the annual festival will span from May, 12th-20th. In its 16th edition, Mawazine will also include performances by the American singer, songwriter Lauryn Hill, the Ivorian reggae artist Alpha Blondy and the French performer Charles Aznavour.