Rabat - The Kingdom of Morocco’s latest soft power initiative towards Arab and African nations will undoubtedly empower its regional and international role in economic and political affairs. 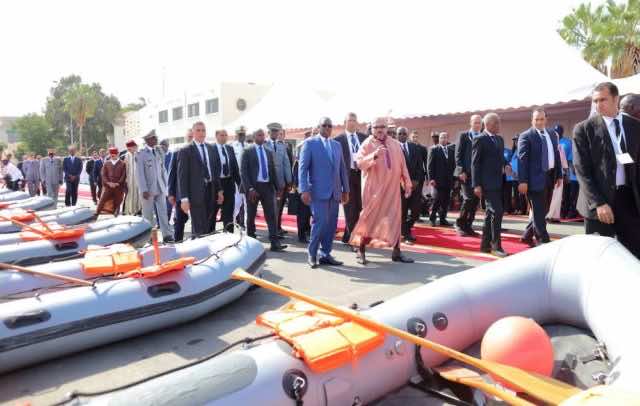 By
Mohammed Alaoui
-
Mohammed Alaoui holds a BA degree in English studies from Moulay Ismail University in Meknes and a Professional BA in Multilingual Communication from King Fahd School of Translation in Tangier.
Mar 23, 2017
Spread the love

Rabat – The Kingdom of Morocco’s latest soft power initiative towards Arab and African nations will undoubtedly empower its regional and international role in economic and political affairs.

Along with its growing influence in the region, the recent return of Morocco to the African Union (AU) will be a leading step in encouraging many international financiers and businesses to invest in Morocco.

Since the creation of World Trade Organization (WTO) in Marrakech in January 1995, Moroccan authorities have vehemently worked to liberalize and privatize specific vital sectors to significantly decrease budget deficit and attract international investors. Now, it is good for the Kingdom that the Moroccan vision towards the African Union is completely unambiguous and different from the past. In this light, the King Mohammed VI clarified to African leaders at the AU Summit in Addis Ababa that Africa is his home, and he is coming back home.

Today, Morocco is one of the most influential investors in Western Africa and the second biggest investor on the continent. The last continental visit of King Mohammed VI of Morocco to Nigeria, Tanzania, Madagascar, Ethiopia, Rwanda, and others has clearly pointed out the strategic vital sectors that Morocco will prioritize, namely agriculture, tourism, banking, mining, renewable energy, telecommunication and logistics. The current Morocco-Nigerian Pipeline Project is the most impactful single project in African economics, since it is designed to provide oil directly from Nigeria to the European Union.

If Moroccan authorities can soon resolve dispute over the Sahara, there could be a peaceful creation of dynamic economic growth between both African countries and the European Union with Morocco fulfilling its role as a safe bridge of import-export businesses between the two continents. According to OCP Policy Center, the volume of exchange trading between Africa and Morocco was about USD 4.4 billion between 2004 and 2014, proving the importance and strength of intercontinental trade through Morocco.

The geographical placement of Morocco makes it a perfect gateway through which European, American and Chinese multinational companies can ship their goods to African markets. Additionally, political stability and security of financial transactions are concerns and the primary goals for any international investor in Morocco.

Morocco is trying to diversify its strategic partners in Europe, Asia (CCG countries, China and India) and America (Morocco and the USA signed a free trade agreement on the 15 June 2004) to play both a dynamic and strategic role in the African Union. Furthermore, empowering strong political and diplomatic ties through bilateral and multilateral agreements between Mediterranean countries to the north and African countries to the south will intensify Moroccan partnerships and strategic allies in South-South Cooperation.

The reintegration of Morocco will prominently have positive impacts on Moroccan proposals towards the Sahara conflict. This renewed relationship will provide African countries with greater leverage in influencing the Moroccan attitude towards the Sahara. As recently as 2007, Morocco proposed the Autonomy Project for the Sahara to the UN as a new initiative to end the long standing dispute over the region.

In an attempt to attract more investors, Moroccan legislative power has gradually reformed and added many laws concerning business in the nation, such as the External trade Law No. 91-14, promulgated in the Dahir no. 1-16-25 of the 22 Joumada I 1437 (March 2, 2016), Law No.18 – 95 establishing the Investment Charter, Law No.15-95 establishing the Commercial Code, Law No.104-12 on the freedom of prices and completion, and Law No. 103-12 on Credit Institutions and Similar Bodies (Banking Law).

Currently, the Moroccan parliament is trying to legislate new investment and business law codes to contextualize national law with Moroccan international business context so as to fit the needs of internal and external trade. The primary concern seen in recent Moroccan legislation is security of international investments in the Kingdom.

In this light, Moroccan reintegration into the African Union will strongly enhance financial and economic cooperation and development in Africa through international investments. As an additional benefit gained through this deal, Morocco will be able to play a major role in strengthening security against terrorist groups in North and West Africa and a greater role in preventing international organized crime which threatens regional stability and the international community.