Rabat – King Mohamed VI has sent a message conveying his deep condolences and those of the Moroccan people to British Prime Minister, Theresa May, following Wednesday’s carnage outside Parliament. 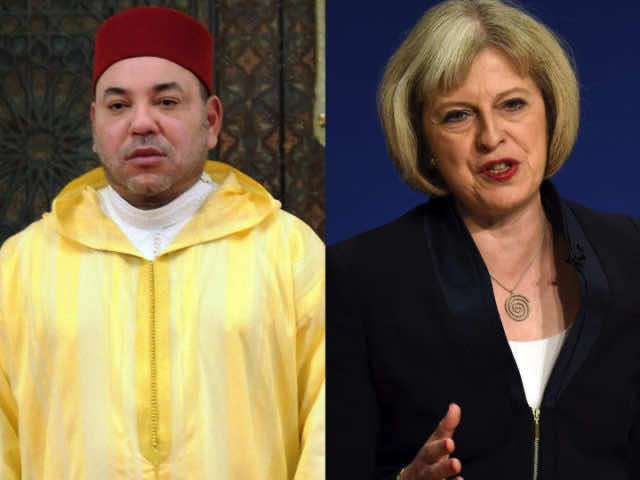 Rabat – King Mohamed VI has sent a message conveying his deep condolences and those of the Moroccan people to British Prime Minister, Theresa May, following Wednesday’s carnage outside Parliament.

“On this sad occasion, I send you, the bereaved families and the British people my sincere condolences and deepest sympathy and wish the injured a speedy recovery,” the Sovereign said in the message.

Four people were killed and forty injured when a man went on a rampage Wednesday, outside the British House of Parliament in London. Khalid Masood, 52, used a rented SUV to mow down scores of pedestrians walking along Westminster Bridge, including a group of schoolchildren from France.

Masood then exited the vehicle and attempted to gain entry to Parliament. He was stopped by two officers, one of whom he fatally stabbed, before moving on. He was confronted by two more officers approximately 20 yards from Parliament before being shot and killed.

Speaking in front of Parliament Thursday morning, Prime Minister Theresa May assured Londoners there is no reason to believe further attacks are imminent. In the first 24 hours of the investigation, police raided six addresses and made eight arrests in London and Birmingham.

The suspect was known to police to be have been “inspired by international terrorism” but only as what May called a “peripheral figure.” His name had come up at one point during an MI5 investigation but no further details have yet been released. Masood is confirmed to have been born in Kent.

In his condolence message, King Mohammed VI expressed, on his behalf and on behalf of the Moroccan people, his strong condemnation of the despicable terrorist act which targeted the British Parliament, underlining that the Moroccan people offer their “full support” to the British people and “condemn all forms of terrorism,” which is “rejected by all revealed religions and is simply inconsistent with human values.”