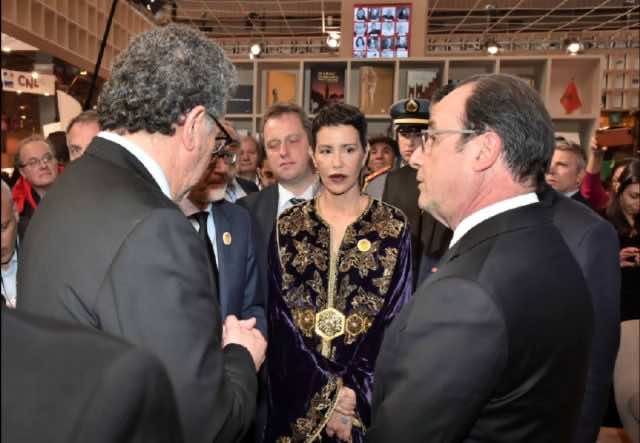 For the first time since its inception, the Fair, to be held on March 24-27, highlights the literature and culture of an Africa and Arab country, which mirrors the momentum and richness of exchange between Morocco and France on the literary level.

The 2017 edition of this cultural event will showcase the Moroccan literary creation thanks to numerous events organized during the Fair, in addition to meetings with Moroccan authors and emerging talents to discuss the diversity and momentum of the country’s literary production.

Lalla Meryem and the French Head of State visited the Moroccan Pavilion, which is meant to highlight the challenges linked to literature in particular and society matters in general.

The Moroccan pavilion spans over an area of 450 m². It hosts various activities that highlight the diversity and richness of Moroccan culture.

At the Moroccan Pavilion, Princess Lalla Meryem was greeted by Younes Ajarrai, general commissioner of the pavilion, as well as by other personalities.