Rabat - Video of a Moroccan man performing a perilous workout routine atop a high-rise in Rabat has gone viral. 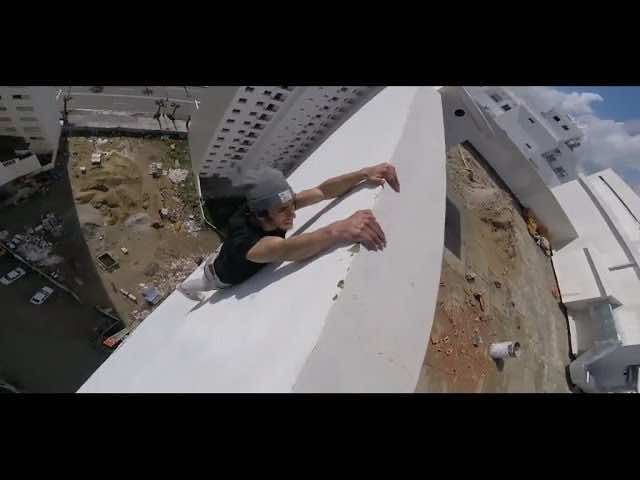 Rabat – Video of a Moroccan man performing a perilous workout routine atop a high-rise in Rabat has gone viral.

Video of the 22-year-old Moroccan man shows him lowering himself over the edge of the skyscraper, approximately 14 stories in the air. Then he is seen hanging off the edge by his hands, inching his way sideways toward the corner of the building.

At one point, he can be seen dangling by just one hand. After he pulls himself back over the top ledge of the building, the man seems to walk straight off the corner. In reality, he has jumped on to a lower ledge.

Appearing fearless in the video, the young man’s stunts have not earned him everyone’s admiration. Many online viewers have taken to calling him “an idiot.” Regardless of his detractors, this young man’s minute-long video is still scoring viewers.