Rabat - Out of 188 countries, Morocco has ranked 123rd in terms of human development for 2016. This finding is according to the latest figures published by the United Nations’ Development Program (UNDP). 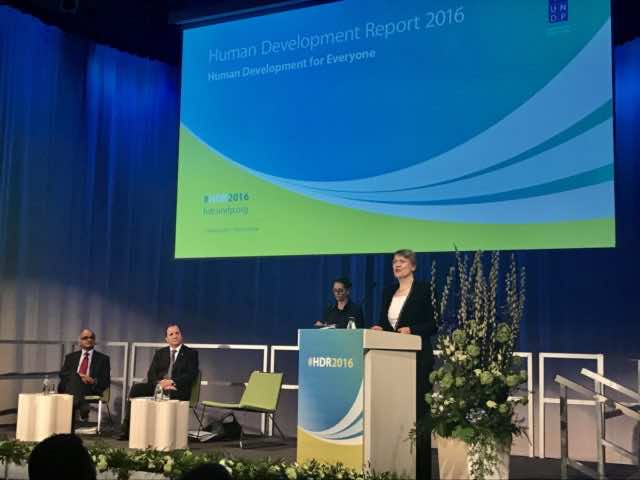 Rabat – Out of 188 countries, Morocco has ranked 123rd in terms of human development for 2016. This finding is according to the latest figures published by the United Nations’ Development Program (UNDP).

The Kingdom gained three points compared to the previous year, but it is still considered to be in the category of countries with average human development. This ranking is based on several criteria including schooling, access to health services, per capita income and life expectancy.

Morocco continues to be below average on most indicators. It obtained a score of 0.647 on the Human Development Index. Its score in terms of the gender development index reached 0.826, while the best recorded value is 0.04 held by Switzerland.

At the international level, Norway lead the ranking followed by Australia and Switzerland. Germany, who was in 6th place, climbed two places in the standings to take the 4th position.

Singapore also advanced in its human development policies and moved from 11th to 5th place, which it shares with Denmark. France, which ranked 22nd in the 2015, was ranked 21st for 2016.

In its report, the UNDP noted that “one person in nine in the world is hungry, and one in three is malnourished. About 15 million girls each year marry before the age of 18, at a rate of one every two seconds.  Worldwide 18,000 people a day die because of air pollution, and HIV infects 2 million people a year. Every minute an average of 24 people are displaced from their home.  Such basic deprivations are common among various groups. Women and girls, ethnic minorities, indigenous peoples, persons with disabilities, migrants—all are deprived in the basic dimensions of human development”

The report added that “closing the human development gaps is critical, but so is ensuring that future generations have the same, or even better, opportunities.”