Rabat – Quieter and smaller than its close neighbor, Fez, Meknes receives less travelers than the former capital city. However, its history as an imperial city, its magnificent sights, and its overall more laid-back feeling made it a welcoming home and stunning sightseeing place.

Before coming to Morocco, friends or families always talk about the hallmark sights and cities such as Marrakech, Fez or Chefchaouen but Meknes remains unknown to most.  I must admit I personally didn’t know much about Meknes other than what I saw in blurry pictures from the 1950s taken by my grandparents on their honeymoon trip. 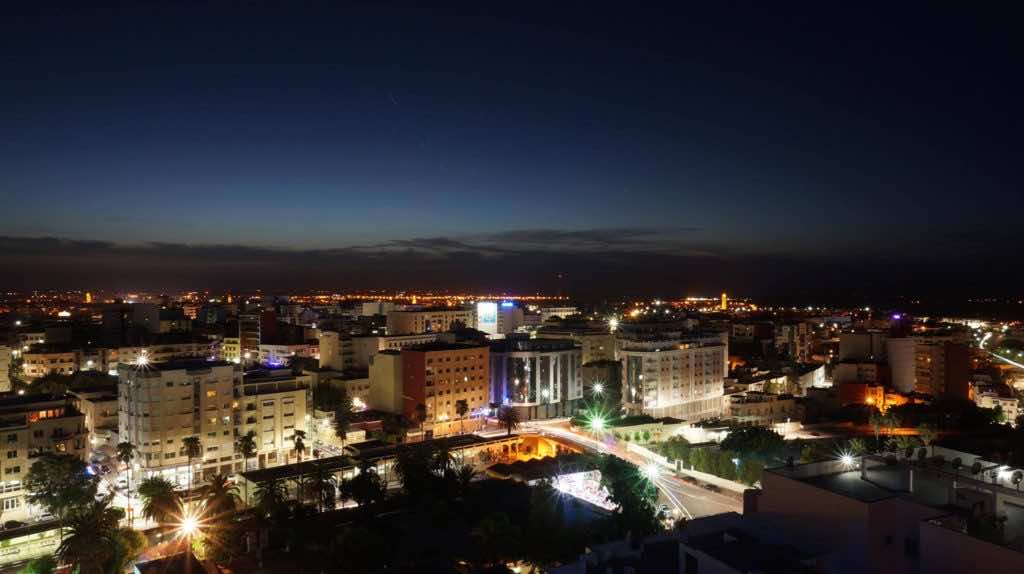 Our study abroad organization had organized a two week program in Meknes during which we would stay with local families and take conversational Darija classes, giving us an opportunity to slowly acclimate to a new country, culture and language. Meknes turned out to be the perfect location for that thanks to its more relaxed atmosphere.

While it may be more laid-back, the city still has all the narrow medina streets, grand buildings and remnants of fortifications, all incorporated into the city’s road networks, making it clear how important this city once was. Indeed, founded in the 11th century, Meknes became a capital under Sultan Moulay Ismaïl. He turned it into an impressive city with a Spanish-Moorish style where the fusion of Islamic and European styles is still palpable today.

Remnants of Sultan Moulay Ismaïl’s tremendous projects endure for our pleasure today. You can take a leisurely stroll along the giant Agdal Basin and through the Heri es-Souani granaries, which were meant to preserve drinking water and 20 years worth of food in case of a siege. Additionally, you can also participate in a game of hide and seek between the giant arches of the nearby royal stables, previously home to over twelve thousand horses, all part of the Sultan’s army.

Further, I rapidly realized my host family lived in the old Medina, five minutes away from the beautiful Bab Mansour, the greatest of all imperial Moroccan gateways, and the adjacent Place el-Hedim, the heart of the Meknes Medina. The square has a very local hint with musicians drawing crowds of promenading families. The sides are lined with cafes and restaurants, allowing you to sit down and watch the sunset behind the Bab while entertainers start to attract crowds.

In addition to the old walled city, Meknes retains its charm in the modern section where locals retreat to relax or exercise if they are not working. In the evenings, you will spot a lot of natives sitting in the grass of the Forêt des Jeunes, or running around its trails. If you adventure over to the marché central, you will discover a wide variety of delicious fruits, vegetables or spices as well as flowers in which you can indulge.

Looking back, having a chance to discover this beautiful city while living with local Meknassies was truly a blessing. The opportunity of being served traditional Moroccan dishes, and speaking darija every night, while living in a traditional Riad accelerated our integration in Morocco. Spending time in Meknes allowed me to get a glimpse of what to expect from Morocco without being overwhelmed by the agitation of other major cities, preparing us perfectly for the start of our semester in Rabat.