Rabat - The Mohammed V University of Rabat and the Vietnam National University (VNU) have signed a Memorandum of Understanding (MoU) to strengthen cooperation in scientific research, education, training on Tuesday in Hanoi. 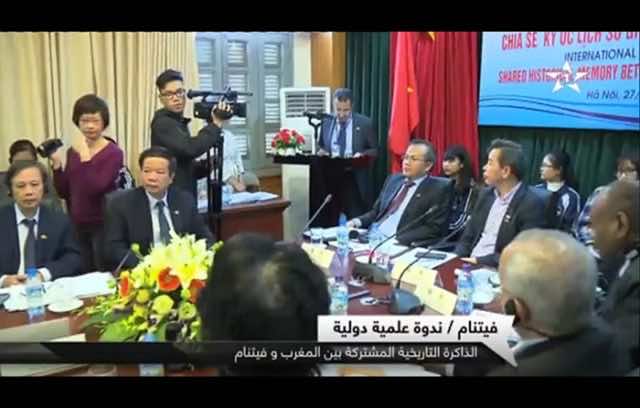 Rabat – The Mohammed V University of Rabat and the Vietnam National University (VNU) have signed a Memorandum of Understanding (MoU) to strengthen cooperation in scientific research, education, training on Tuesday in Hanoi.

This memorandum, the first of its kind to be signed by the two higher educational institutions in Morocco and Vietnam, is meant to promote cooperation in common research projects. The agreement also intends to spread knowledge and disseminate culture. As well, it will establish a common program for the exchange of students, professors, information, and research papers.

On the occasion of the signing, president of the Mohammed V University, Said Amzaz, stated, “This unprecedented convention reaffirms both countries’ willingness to reinforce their cooperation and shows the importance of education in the development of political and economic relations.”

The signing of the MoU is part of the celebration of the 56th anniversary of diplomatic relations between Morocco and Vietnam. It also coincides with an international meeting on bilateral relations between the two countries, held under the theme “The Shared Historical Memory Between Vietnam and Morocco.”

According to a statement made by Vietnamese Vice-Minister of Foreign Affairs on Monday, the shared historical memory between Morocco and Vietnam serves as a solid platform to reinforce and widen bilateral relations to include initiatives of South-South cooperation in Africa and Eastern Asia.

The Vice-minister added that the strategic and privileged positions of both countries will help strengthen Moroccan-Vietnamese ties, which will, in turn, provide a starting point for a multilateral South-South cooperation. He also commended the cultural and diplomatic relations between the two countries, as well as their coordination at various international forums.

Moroccan Ambassador to Vietnam, Azzedine Farhane, hailed the maturity of the bonds that tie Morocco and Vietnam to one another, the ongoing sharing of cultural heritage as well as the shared values of tolerance and freedom.

The meeting, which took place a few days after the establishment of the Moroccan-Vietnamese Friendship Association, was an opportunity for researchers to study the social, human and historical aspects of the shared historical memory, Farhane said.