Rabat - The next trial of suspects implicated in the Gdim Izik tragedy will take place on May 8 at the appeal court's annex in Salé, with media reports expecting 20 witnesses, all members of security forces. 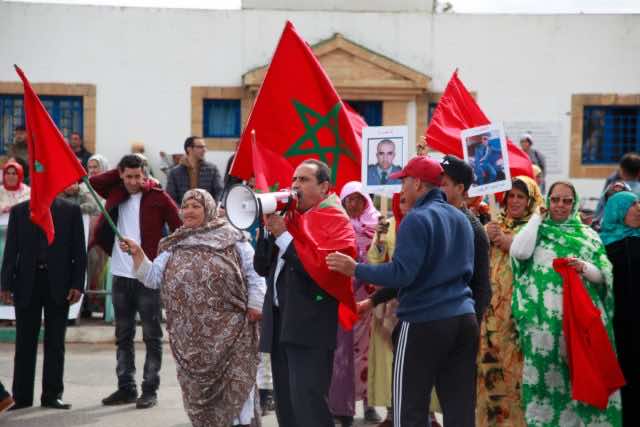 Rabat – The next trial of suspects implicated in the Gdim Izik tragedy will take place on May 8 at the appeal court’s annex in Salé, with media reports expecting 20 witnesses, all members of security forces.

The trial will continue on May 8, followed by testimony of witnesses from the security forces, who will in turn answer questions by the public prosecutor and the lawyers of the two parties.

The public prosecutor, Hasan Daki, told the press reporters on March 27 that the court in charge of Gdim Izik case has informed lawyers of the two parties on the 16 medical reports it has received on the incident, which are expected to play a role in the trial’s proceedings.

The trial hearings will be followed by the pleas of the defense lawyers and the civil party, after which suspects will be called to deliver their closing words concerning their accused crimes.

11 law enforcement officers died and their dead bodies were desecrated at the incident of Gdim Izik, which took place in November 2010.

This tragic event happened as security officers were trying to break up a demonstration, where a group of Sahraoui people had set up a camp on the outskirts of Laayoune to protest against the absence of employment opportunities.

Several international human rights NGOs have voiced their opinion regarding the Gdim Izik case, expressing their support for the families of the victims and calling for justice to be served for the victims.