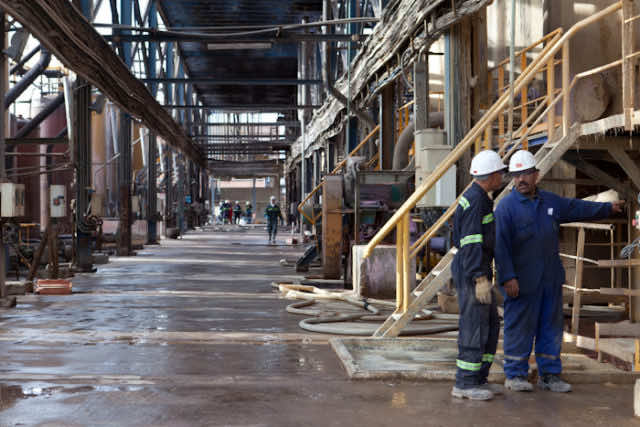 After 10 years of successful exploration efforts in the Democratic Republic of Congo; Managem decided on March 27, 2017, that Beijing-based Wanbao will acquire a 61.2% stake in Lamikal.

Lamikal is the company operating the Kalukundi mining site, owned by Managem International at 81.2%.

Managem sold their stake in Lamikal for an amount that totaled USD 56m, thanks to many efforts deployed at the mining site in order to enhance its value. Following this transaction, Managem will continue to play its role of governing body while bringing into the table its technical expertise.

An evaluation of mineral resources in the Democratic Republic of Congo revealed the existence of significant copper resources around 660,000 tons.

Both Wanbao and Managem are planning to invest significantly in the coming years in order to reach the 50,000 tons per annum production threshold by 2019 at Kalukundi.

Managem’s CEO, Imad Toumi viewed this deal as an important milestone for the group in Africa and commented that this transaction will not only impact positively the 2017 results but also help develop a large-scale copper project thanks to the internationally renowned experience of Wanbao.

Toumi added that the Democratic Republic of Congo was a strategic country for the group in which they hold other licenses for Cobalt, Tin and Coltan.