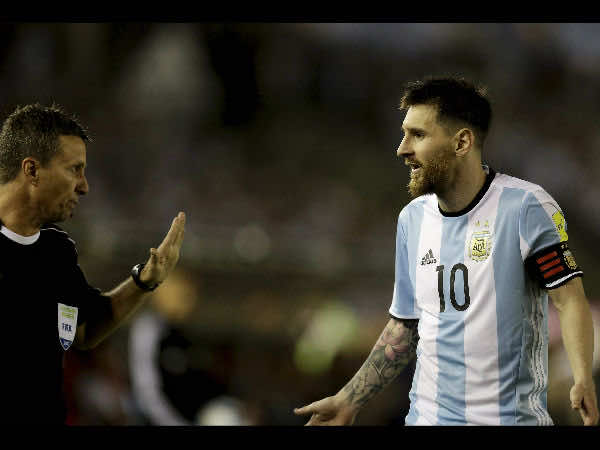 Messi has been suspended from four World Cup qualifier matches by FIFA for insulting the assistant referee during the game, which Argentina, his national team, won 1-0.The five Ballon d’Or winning-player had already left out of Tuesday’s game between Argentina and Bolivia on March 28, which ended with a result of 2-0 in favor of Bolivia, his rival team.

Messi will be also out of the future three following World Cup qualifier games.

Despite the fact that both South American countries are rivals in the World Cup qualifying games, Uruguayan player Luis Suarez has criticized FIFA about the penalty imposed on Messi, who is Suarez’s teammate in FCB club.