Toronto - A new report is showing Morocco is on track to realize its goal of becoming the principal regional manufacturing and export hub.

Toronto – A new report is showing Morocco is on track to realize its goal of becoming the principal regional manufacturing and export hub.

BMI Research Group, a Fitch Group Company, predicts Morocco’s GDP growth will outperform in the region in the coming years.

“Morocco will remain favoured by international investors over the coming years, benefitting from positive reforms to the business environment and policy continuity. This will support the country’s ambitions to become a manufacturing and exporting hub between Europe and Africa, which will in turn result in GDP growth outperforming the rest of the MENA region,” the report said.

The slow and steady progress of business reforms in Morocco, instituted at the instruction of King Mohamed VI, will continue reaping dividends for the foreseeable future.

While previously well-performing countries have suffered steady decline in the past decade, Morocco’s political stability and the Monarch’s commitment to making Morocco the area’s primary hub for manufacturing and export between Europe and Africa, have turned it into the investment darling of the MENA region. Researchers are expecting this trend to continue indefinitely. 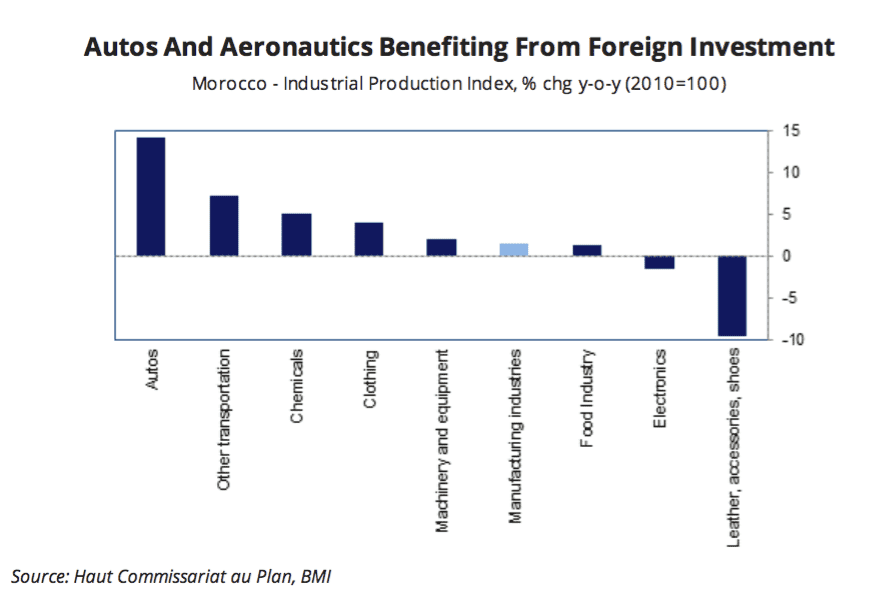 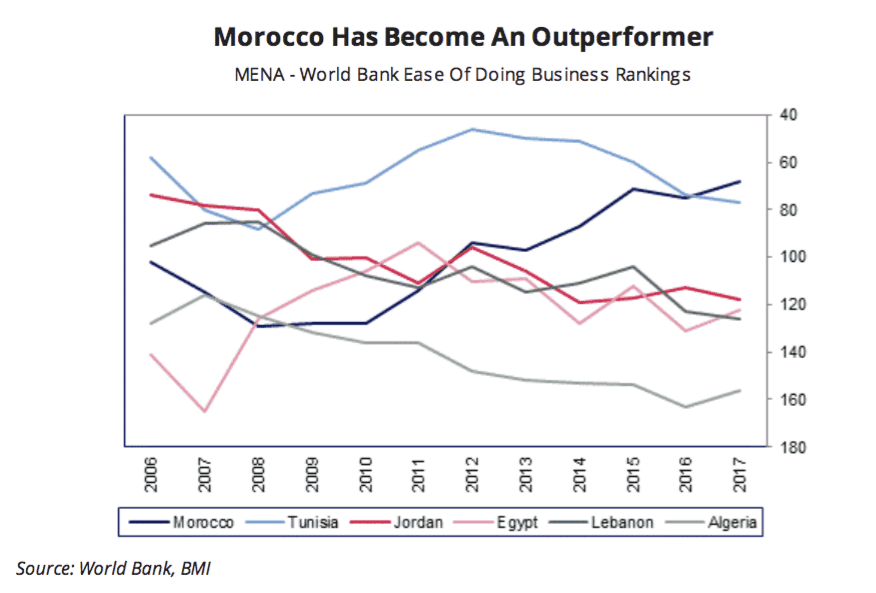 Morocco has been steadily climbing the World Bank’s index for Ease of Doing Business over the past decade, highlighting the success of recent reforms made to the business environment. From 129th place in 2008, it has reached all the way to 68th position in their latest published results. Morocco’s new Investment Charter, adopted in 2016 is expected to support the continuation of this upward trend over the coming years.

Investors are responding positively to improvements Morocco has made to its business environment, including online platforms for the registration of businesses and properties. These reforms and Morocco’s status as the most politically stable country in the region, bode well for the future investing, BMI’s research noted.

“We believe that Morocco’s relative political stability compared with the rest of the region will continue to support policy continuity and investment-friendly reforms over the coming years,” the report concluded.

Over the coming years, Morocco’s GDP growth is predicted to be faster-than-average keeping it well on track to become the region’s primary hub for manufacturing and export.