Morocco World News
Home Opinion Voices 5 Months of Government “Blockage” – What Was it All For? 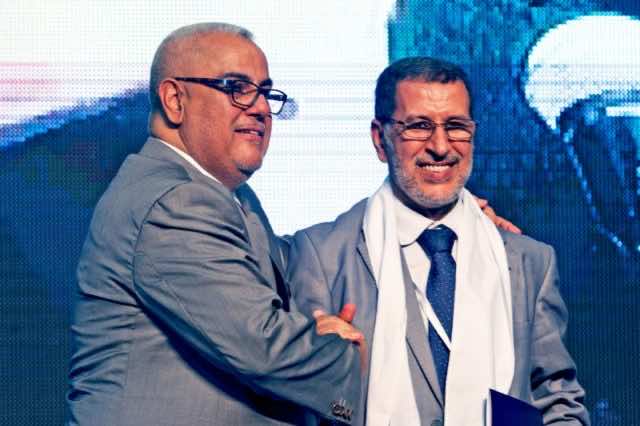 Rabat – Before the last general elections of October 7th, many observers of Moroccan politics were saying that the Makhzen (what some called the  “deep state”) was not running the whole show anymore. This proved to be partly true when the results of the elections were announced and the Justice and Development Party (PJD) came out victorious.

The Islamists won the elections despite  speculation that the Makzhen would interfere to guarantee a victory for the Party of Authenticity and Development (PAM). Yet, it seemed that the Makhzen was no longer willing to work with PJD leader Abdelilah Benkirane.

After being nominated by the King Mohammed VI to form a new government, Benkirane, the Secretary General of the PJD, was not able to do so for over five months. The National Rally of Independents (RNI) became the “black horse” during the lengthy negotiations to form the government, and despite coming in the fourth place during the last elections, the party had enough leverage to make sure the outcome of the government coalition would not match up the elections results.

Soon the RNI, which saw a swift change of its leadership after the elections when the wealthy Minister Aziz Akhenouch substituted to Salah Edine Mezouar as the party president, began to set seemingly unreasonable conditions in a move the Islamists saw as an attempt to twist Benkirane’s arm. First Aziz Akhenouch announced he would engage in negotiations with Benkirane representing both his party and the Constitutional Union (UC), which meant that Benkirane had to accept them both or they would not join his coalition.

Then, strangely enough, he also put a veto on the Party of Istiqlal (PI)’s joining the government in what members of the PJD, again, saw as a maneuver by the “deep state” to punish  the PI’s leader, Hamid Chabat, for his support of Benkirane. The former’s controversial statements about “reclaiming” Mauritania as Moroccan terrority, which caused unnecessary tension between Morocco and its southern neighbor with whom it is already not on good terms, offered a golden opportunity to deprive Chabat and his party from joining the government.

Still, that was not enough for Akhenouch, who put another condition to include the Socialist Union of Popular Forces (USFP) in the next government. The RNI, the UC, the USFP and the Party of Popular Movement (MP) united in one bloc and asked the appointed head of government to be all included in the government. Benkirane on the other hand suggested maintaining the former governmental coalition (composed of PJD, RNI, MP and the Party of Progress and Socialism (PPS), PJD’s strongest ally). His offer was a unanimous rejection the four parties. As a result, what the Moroccan press termed as governmental “blocage,” was doomed to last.

In the midst of such “blocage,” Benkirane saw only one exit: the King. He was hoping for a royal intervention in his favor, but instead he was dismissed by King Mohammed VI, and his predecessor as PJD leader, Saad Eddine Othmani, was appointed as the new head of government.

The decision sparked a debate on how constitutional this replacement was. What was even more debatable is the question: Who was the main target of the “blocage,” Abdelilah Benkirane, or his party?

The appointment of a more lenient head of government compared to Benkirane, who many have described as a “political beast”, means that the PJD will lose its grip on the next government that many say will certainly be co-headed by Aziz Akhenouch. When Othmani announced that 6 parties will his government (PJD, RNI, MP, PPS plus USFP & UC), many people started to question the reasons behind all this “drama” during the last 5 months, if the PJD would ultimately bow to the pressure. People started even questioning the meaning of elections and casting votes if the outcome is a government with six parties, all wanting their piece of the cake, and leaving no major or real opposition in parliament. Above all, what will a government of six parties look like, and how coherent can it really be?

Some also started wandering if the PJD, currently the major political party in the country, by the way it  has begun accepting humiliating conditions set by its foes, made the first steps on a road to perdition, just like the USFP did over a decade ago. The latter will be the subject of our next piece.