Casablanca - King Mohammed VI laid the foundation stone of an administrative complex that will bring together all parties involved in the port of Casablanca. 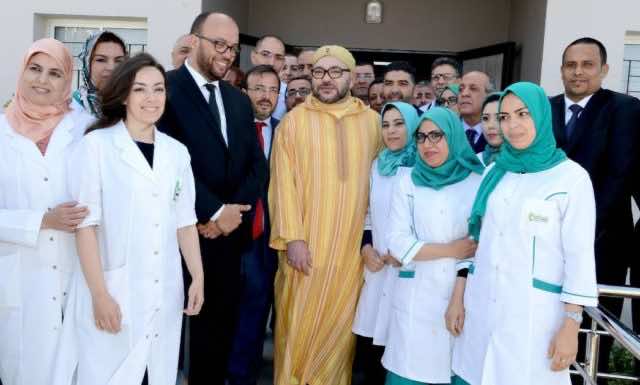 Casablanca – King Mohammed VI laid the foundation stone of an administrative complex that will bring together all parties involved in the port of Casablanca.

The King was also in Nouaceur province to inaugurate a health centre. Both events took place on a very busy Friday for the Monarch.

Worth 340 million dirhams, the Casablanca project reinforces the sovereign’s will to foster the city’s attractiveness and enhance its status as a vehicle for economic development.

The complex will support the different large-scale projects carried out under the “Wessal Casablanca Port” program. To accommodate it, part of the port zone will be converted with the setting up of a new urban centre. Important upgrades to the Médina historical neighbourhood and its coast and the identification of the city as a hot destination for culture, business and cruise tourism will also be undertaken.

The project is aimed at optimizing port areas by bringing together services offered at the port. These services include port authorities, customs services, consignees, Marsa Maroc, banks and packers. The project will work toward improving service quality for port users and ensuring a better integration for the port in its urban environment.

Extending over 3,000 square meters, the complex will be built near the Casa Port train station and will be composed of two towers linked by a hall.

The facility will take into account the constraints of sustainability and high environmental quality (renewable energy, energy efficiency). Construction of the project, which will span 24 months, is part of the Casablanca Port Historical Zone Upgrading Program.

The centre is another example of the King’s solicitude for patients with chronic diseases and his will to ensure equal access to health care for them.

Carried out under the National Initiative for Human Development (INDH), with a budget of over 5.6 million dirhams, this new centre will be an invaluable addition to existing infrastructure, serving patients suffering from kidney failure in the province. It will contribute to alleviating current pressure on the nephrology ward at the Ibn Rochd University Hospital centre by enabling poor beneficiaries to have access to quality medical care.