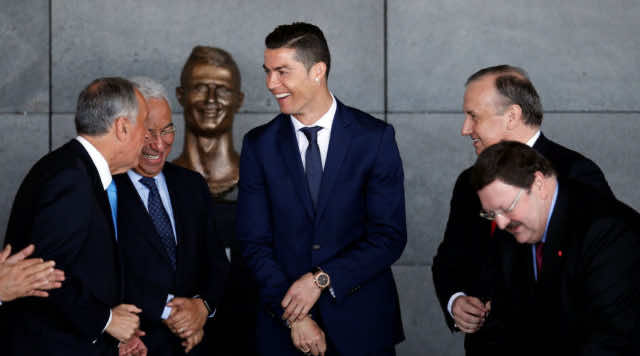 Rabat – After receiving a great deal of mockery over the internet, sculptor Emanuel Santos has given a series of defensive explanations for his Cristiano Ronaldo bust, which was unveiled last week at the Madeira airport in Portugal.

According to media reports, the Real Madrid striker, did not much like the bust, which was created in his honor to be displayed at the airport in Madeira. Ronaldo reportedly asked the sculptor to remove the wrinkles below his left eye, which he felt made him look a bit older.

In response to this, Emanuel has attempted to defend his work, saying that Ronaldo had approved of the finished piece prior to its unveiling last Wednesday. He added that Cristiano only asked for few changes to give himself a younger looking face.

Emanuel explained that sculpting is not simple as it might seem to be and that it took him three weeks to finish his creation.