Rabat - On his return from a long African journey, Mohammed VI, disturbed by then-Head of Government Abdelilah Benkirane’s inability – or unwillingness – to show suppleness in the formation of the coalition, fired him and replaced him with Saad Eddine El Othmani. 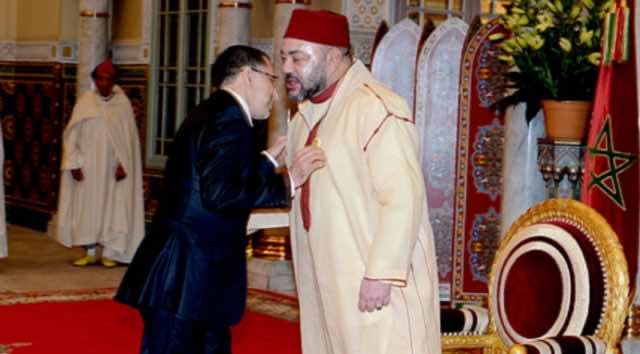 Rabat – On his return from a long African journey, Mohammed VI, disturbed by then-Head of Government Abdelilah Benkirane’s inability – or unwillingness – to show suppleness in the formation of the coalition, fired him and replaced him with Saad Eddine El Othmani.

The Islamist Justice and Development Party (PJD), realizing the seriousness of the situation, reviewed their political position and instructed Othmani to opt for malleability and open dialogue.

Thus, one week after his designation as head of government by the monarch, El Othmani declared to the press that the PJD, the National Rally of Independents (RNI), the Socialist Union of Popular Forces (USFP), the Constitutional Union (UC), the Popular Movement (MP), and the Progress and Socialism Party (PPS),) have officially agreed on a coalition government to be announced in the near future. It seems that under duress, the quiet and composed shrink El Othmani has succeeded, for now, where his predecessor had failed miserably, apparently out of stubbornness.

Like most Moroccan political parties, the PJD is now totally co-opted. It has accepted the previously unacceptable – to be in the same government as the socialists, which they abhor for religious reasons. What matters for them now is power and its related financial advantages, since they have abandoned openly their principles and tenets.

According to the daily newspaper of the PAM (the liberal and secular opposition), Akhir Sa’a, in its issue of March 27, 2017, this coalition is the most strange of all times, made of liberals, Islamists, socialists and communists, while in the Istiqlal Party (PI) mouthpiece Al-‘Alam of the same day, claims that the Islamists have thrown their principals in the trash can to stay in power.

To accept the diktat of a minor party, notably the RNI, in the nature of the parties to be included in the coalition means only one thing: that the PJD cares only about ministerial power and gain, no more. A principled political institution, in such a situation, would have declined the monarch’s offer the second time around, and would not have settled for a pre-cooked coalition that would undoubtedly harm the image and the reputation of the party in the long run.

What is more, this pre-fabricated coalition is not exclusively led by the Islamist party that came first in the democratic elections of October 7, 2016. The RNI now shares the leadership as well. So, it is a government with two heads and a screaming rebuttal of the Islamists by the establishment.

Political Islam came to prominence with the Arab Spring. The youth pushed out of power the aging dictators, but because they lacked political organization and discipline, the regimented Islamists came to power instead, by force in Libya and perhaps in Syria, by force and cast ballots in Egypt and Tunisia, and by cast ballots only in Morocco. In all these countries they dramatically failed to deliver.

Now that the Arab Spring is officially dead, with the release from prison of Housni Mubarak and Seif al-Islam Qaddafi and the rise to power of the populist and anti-Islam Trump in the US, there is no letup for Islamists. It is zero tolerance,tolerance zero and this is the reason why the PJD, in spite of electoral victory in the general elections, has begged obsequiously to stay in power.

The interesting element to bear in mind about the present coalition is that five of its six parties are led by ethnic Imazighen (Berbers). Moreover, four of the leaders come from the Sous, in the south, known for their traditional allegiance with the establishment and their good knowledge of business practices, since most street corner shops or hanouts of the kingdom are owned by Soussi people who are doing very well in this kind of work.

The other party of the opposition is the Istiqlal, a traditional party of the bourgeoisie of the city of Fez. But this bourgeoisie had forsaken politics decades ago for the more lucrative areas of finance and business. Today they are the true masters of the Moroccan economy, and nobody will dare stand in their way or contest their leadership. In a way, they are the true power behind the scenes, and they will remain as such for a long time to come.

So, in many ways the coalition government led by the Islamists and composed of parties under the commandership of Imazighen will be a paper government, no more: little power, little influence and little impact on the Moroccan political scene. It will be a make-believe government only, displayed in the exhibition window. Its members will surely enjoy innumerable privileges but will have no power, to say the least.

In a nutshell, King Mohammed VI, thanks to his incredible dynamism and savoir faire in diplomacy and economy, as well as, his wisdom and qualities of tolerance, is more popular than ever both in Morocco and in the world, and the coming coalition government, weak as it is, will only play a second fiddle in Moroccan politics and, probably, that is all they want to do, after all. 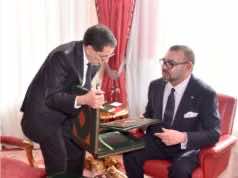