Rabat - Morocco was elected Vice-President of the United Nations’ conference to negotiate a legally binding instrument to prohibit nuclear weapons, leading toward their total elimination in New York on March 30. 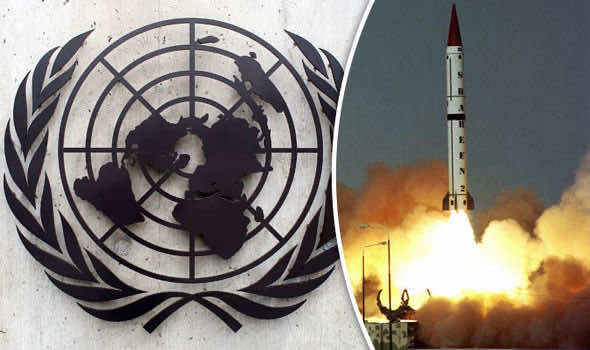 Rabat – Morocco was elected Vice-President of the United Nations’ conference to negotiate a legally binding instrument to prohibit nuclear weapons, leading toward their total elimination in New York on March 30.

Morocco’s Permanent Representative to the United Nations, Omar Hilale, will represent Africa during all UN negotiations to boycott nuclear weapons. The announcement was made by the president of the conference, Elayne Whyte Gomez, in a plenary session.

The Kingdom will sit alongside South Africa, as the representatives of all African countries, while Austria will represent Western Europe. Iran will stand in for Asia, New Zealand for Oceania and Chile for Latin America. Together, they will conduct the negotiations, which started Monday, March 27, said Gomez.

More than 100 countries and hundreds of NGO participated in UN’s talks on the global nuclear ban, despite objections from Britain, France, Israel, Russia, US, and declination from China, India and Pakistan. The US and France explained their opposition in October, noting there is a necessity to make progress in stages, without disturbing the strategic balance of weapons.

In recent years, no progress had been made toward the ban of nuclear weapons, despite commitments by the major nuclear powers to work toward a boycotting of these weapons under the 1968 Non-Proliferation Treaty (NPT), said Beatrice Fihn, director of the International Campaign to Abolish Nuclear Weapons. She added that “there was disappointment with Obama’s administration, which made some pledges, but then ignored most of them. And now there are raised worries with the new US president.”

Pope Francis addressed a letter to the UN urging the abolishment of nuclear weapons, explaining that “the international community is called upon to adopt forward-looking strategies to promote the goal of peace and stability and to avoid short-sighted approaches to the problems surrounding national and international security.”